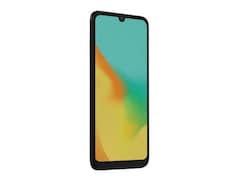 As far as the cameras are concerned, the ZTE Blade A7 on the rear packs 16-megapixel camera. It sports a 5-megapixel camera on the front for selfies, with an f/2.4 aperture.

ZTE Blade A7 based on Android and packs 32GB of inbuilt storage that can be expanded via microSD card (up to 256GB). The ZTE Blade A7 is a dual-SIM smartphone that accepts Nano-SIM and Nano-SIM cards. The ZTE Blade A7 measures 154.00 x 72.80 x 7.90mm (height x width x thickness) and weighs 146.00 grams. It was launched in Night Black, Sea Blue, and Star Black colours.