While iOS 11 may have gotten all the attention with its release on September 19, watchOS 4 launched on the same day and it’s just as significant for those who have an Apple Watch. watchOS 4 is not a minor update that fixes some of the things Apple may have gotten wrong with previous iterations of the Apple Watch. In fact, this update shows that Apple now knows what people want from the watch and it is focusing all of its energies on that.

When we installed watchOS 4, the first thing we noticed is a renewed focus on heart rate monitoring. The company highlighted a new Apple Watch feature that lets people know if they suffer from Arrhythmia during its September 12 event (available to users in the US at a later date to start with) and the watch asks you to opt in if you try to check your heart rate.

However, the best thing in all this is that the Activity app on the iPhone now shows a heart rate graph for all of workouts you logged with the Apple Watch. This includes workouts logged before watchOS 4 came along, which is very nice to have. We could easily take a look at the hardest parts of our long run and see the exact points where we stopped for a rest, which confirmed to us that the graphs were accurate. 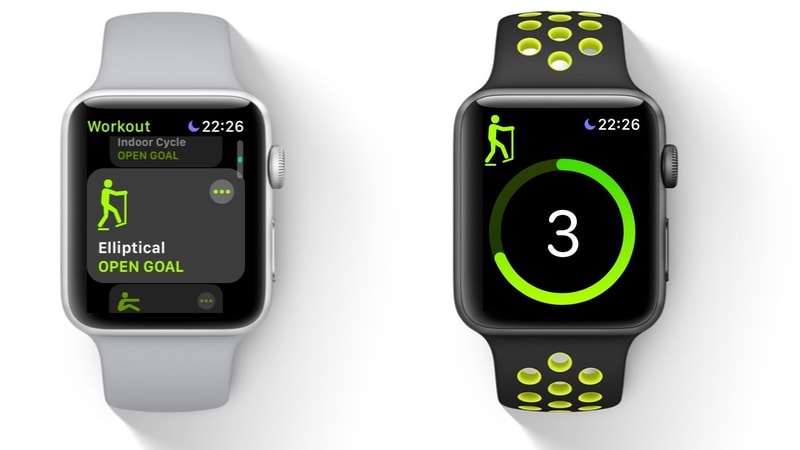 The Apple Watch’s built-in heart rate app has also become much more useful. It now tracks your resting heart rate throughout the day, and your heart rate when you’re walking, apart from measuring your current heart rate. These are nice features to have as a high resting heart rate could indicate that you have some health issues, which your doctor could help diagnose.

The Workout app on the Apple Watch now has new workout modes such as High Intensity Interval Training and it has been redesigned to show an icon of each workout it tracks. This is a good move because lots of people use machines at the gym without knowing what the machine is called. For instance, we’ve heard a lot of people refer to the Elliptical machine as a “cross trainer”, so having that icon helps people track their workouts better.

Overall, we’re very pleased with the changes to the Workout app and fitness related features but there’s one thing that Apple could do well to fix. When we tracked outdoor runs, we noticed that the current pace metric was fluctuating too much for us to hold a constant pace during one of our hard runs. When we were running under a few trees in particular, our pace would drop from 5’45” to 6’50” or thereabouts.

However, that hasn’t affected the overall accuracy of its tracking. Even with watchOS 3, realtime current pace measurements weren’t the most accurate on the same route but we feel these fluctuations have increased since watchOS 4 was launched. That’s something Apple should notice and fix. 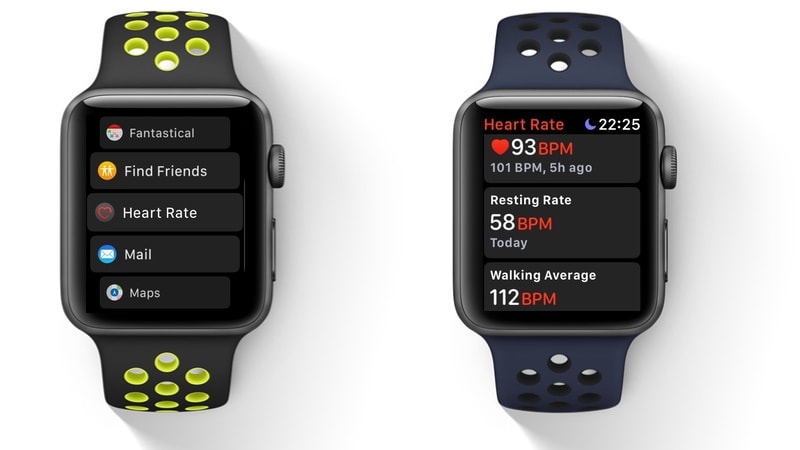 On to other features, our favourite watchOS 4 feature is the ability to get rid of the “honeycomb” app layout and switch to a list view instead. It takes a while to scroll to and find the app you want but the list view ensures that we don’t have to play hide and seek when trying to fire up the alarm or the stopwatch. You need to push the screen hard to reveal the list view option and we’re surprised that it’s not enabled by default.

When you play music or any other audio on your iPhone, the Apple Watch now automatically launches the Now Playing widget so you don’t have to fiddle with it just to skip forward or back 30 seconds. Similarly, the side button now opens recent apps by default instead of the dock. This means that you can use the digital crown to scroll through the list of recent apps instead of scrolling sideways using the touchscreen. These tiny changes make a world of a difference to your Apple Watch experience and we’re glad to see the company working on these tweaks.

Further reading: Apple, Apple Watch, Apple Watch Series 2, Apple Watch Series 1, Apple Watch Series 3, watchOS, watchOS 4
Pranay Parab Email Pranay Pranay is in charge of podcasts and videos at Gadgets 360. Over the years, he has written over 500 tutorials on iPhone, Android, Windows, and Mac. He has also written in-depth reported features on the intersection of technology and culture, reviewed fitness wearables, been the social media manager, started two podcasts, and produced several tech videos. He loves travelling, particularly to places not frequented by tourists. He keeps running half-marathons across the country and hopes to complete ...More
FIFA 18 Review
Super Mario Run to Get New Game Mode, Character, and Levels: Everything You Need to Know

product Here’s our first look at watchOS 4, the newest version of Apple’s software for the Apple Watch.