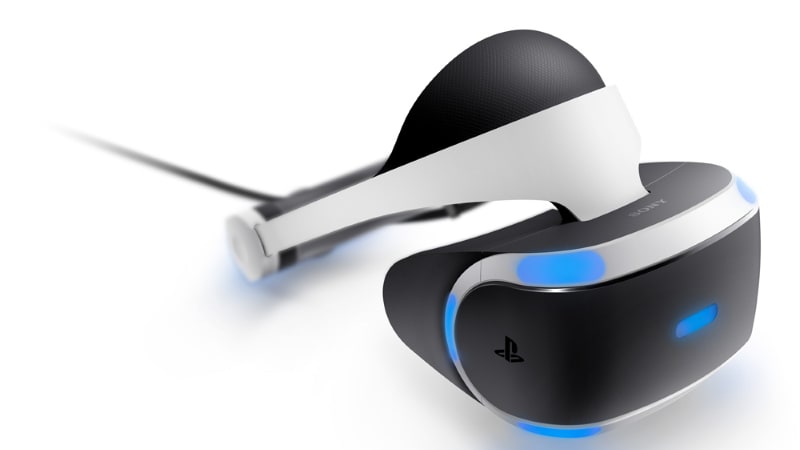 Sony's PlayStation VR sets a new bar for the mass-market appeal of virtual reality. Sure, the headset isn't exactly cool looking, but it's lighter and more attractive than competitors such as the Oculus Rift and the HTC Vive.

At $400 (roughly Rs. 27,000), the PlayStation VR is not cheap. But it's still less expensive than its competitors and doesn't require a high-end computer to work if you already have a PlayStation 4.

For this review, Sony provided a $500 (roughly Rs. 34,000) kit that includes the headset and a charging stand. It also includes a PlayStation camera and two PlayStation Move controllers, which act as your hands in the digital world.

Set-up is a breeze. The Oculus and the Vive required lots of setup time - clearing space for play, making sure that the sensors in the room were at just the right spots. It took maybe 15 minutes at most from opening the box to using the headset. I just had to plug the right cables into my PlayStation 4, find a couple of wall outlets to power it all, and set the camera on top of my TV. Users will have to make sure that the camera isn't facing a window full-on, as that can confuse the sensors with too much light.

Little design features on the headset go a long way. It's easy to play while wearing glasses, and to adjust for focus, because the front of the headset pulls away from your face independently of the harness that keeps the headset on your head; this makes it easy to make adjustments to your face without having to pull the whole thing off. A single cord hangs down a player's back, which is just the right size to give you space without getting tripped up.

Of all the headsets I've tried, it was the easiest to wear for the longest period of time. It sits lightly; I didn't have the telltale VR raccoon goggle markings on my face after playing.

(Also see:  For Virtual Reality Makers, a New Version of an Old Struggle)

But hardware is only part of the equation. Games are really what matters. Luckily for gamers, PlayStation has an obvious natural advantage here. Sony sent several digital download codes for games along with the PlayStation VR from third-party developers, including Rocksteady's Batman title Arkham VR, as well as Thumper, a rhythm game by developer Drool.

The games ran the gamut from complex and mind-bending to simple, arcade-style fun, but all showed off the advantage of immersion. Whether you're reaching for your utility belt as Batman, or sitting in the cockpit of a Battlezone hovertank, the ability to look around you and interact with the world by reaching out your hand adds immeasurably to the fun of these games. (Or the fear factor, if horror games are your thing.)

Sony also offers games that you can play sitting down, with the traditional controller in hand. Even games that aren't in VR look pretty darn cool within the headset, because it's like playing on an enormous screen that takes up your whole field of vision.

I did not have motion sickness problems with the PlayStation VR, though at times the PlayStation Move controllers did have a little bit of a tracking delay that took me out of the game. Adjusting the camera helped with this.

Sony's also done a great job of making what could be a very isolating technology more social. The sound and picture come through your television and the headset automatically, so your friends can easily see what you're up to in the virtual world with no additional setup. That makes it ideal for dorm rooms and group houses, particularly. Gamers can also happily play in their own world while the TV is doing something else - another perk for those that share their living rooms.

How does it stack up to other virtual reality headsets?

That said, the Vive is not a mainstream product. It and the Oculus require a high-end gaming computer to work. The Vive, in particular, also requires a lot of space in which to play - preferably a large and empty room, which not everyone can spare.

The PlayStation VR, on the other hand, is living room ready. And, if there are players who already bought a Move controller and PlayStation camera in the past, the headset is all they'll have to buy.

Taking all of that into account, I'd say PlayStation VR is the one that's right for most people's needs. It's easy to setup and easy to use. It hooks into something potential customers likely already have in their homes. And, with Sony's connections, it stands an excellent chance of getting more exciting and worthwhile games in the future.