One of the most intriguing products on the show floor at this year's Mobile World Congress in Barcelona is the LG Watch Urbane LTE, which is based on the webOS platform acquired by LG a few years ago. While its name suggests that it is just an LTE-capable version of the LG Watch Urbane, it is in fact an entirely different product.

The Watch Urbane LTE is a product that doesn't have a very clear target audience. Unlike most other smartwatches which are accessories for their owners' smartphones, the Watch Urbane LTE can work independently. It has its own LTE connection and can run apps that sync to cloud services without needing an intermediary device.

This is one bulky smartwatch, and frankly, it isn't very slick. This is definitely not the kind of smart device that would appeal to anyone who thinks of watches as style statements. The bulk is largely due to the antennas required, but also because there has to be space for a large enough battery to keep the thing going. It has a microphone and a speaker in addition to the now-standard heart rate sensor. 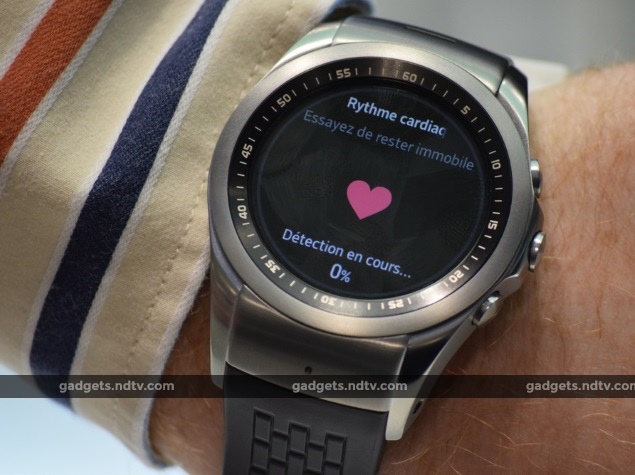 But of course the most interesting thing it has going for it is its software. This is one of the most feature-rich implementations we've seen, though it's still up for debate whether that's a good thing or a bad thing. Not everyone wants to run their digital lives from a tiny screen on their wrist.

The dial is circular, but all the watch faces we saw looked a bit cartoonish. There was no attempt to make the device appear to be a traditional watch, yet there were more analogue dials than digital ones - none that truly exploited the screen. A long-tap on the screen brought us to the watch face selection menu, and scrolling was as easy as flicking up or down. 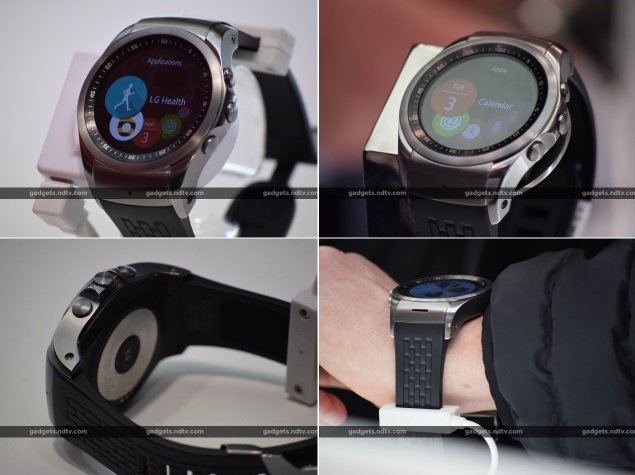 In any list or menu, a grab handle appears on the edge of the screen. You can tap it and swirl your finger around the edge of the screen as if the whole thing is a jog dial, which makes scrolling a lot quicker. This is one of the ways in which the webOS platform really embraces the circular screen concept.

You get to the main menu by pressing the middle button on the right edge. This makes circular icons appear around the periphery of the screen - again, just tap and swirl to scroll through them. We saw loads of apps including LG Health, which lets you monitor vital signs and physical activity. There's also a music app which plays tracks from the 4GB of built-in storage - it isn't just a remote for your phone. 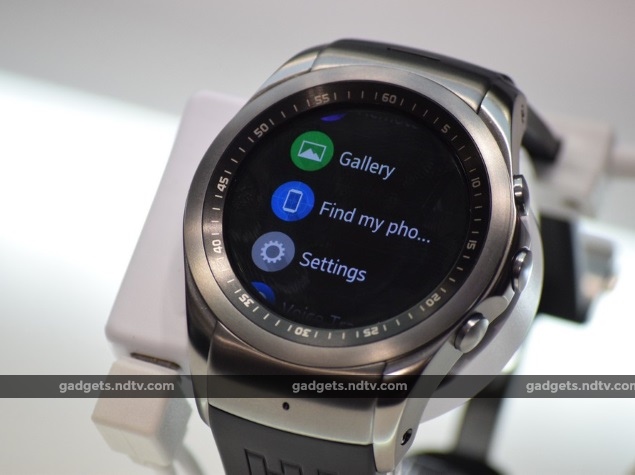 All the usual smartphone apps can be found - a calendar, contacts list, alarm clock, voice recorder, photo gallery, email client, etc. Third-party apps should also come out in due course, but we did see a golf app, which means more specific ones are probably on the way from LG itself too.

The upper button brings up a circular quick settings menu, much like the ones you see on smartphones. You can control volume, cellular data, brightness, Bluetooth, and much more. This is also where you'll see battery and signal strength level indicators. 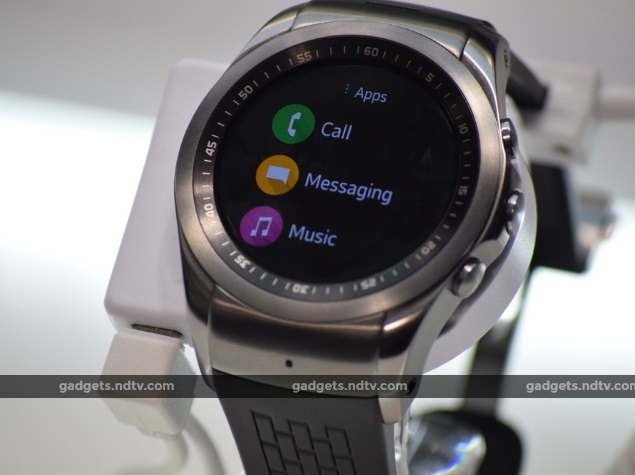 Although this is a fully functional device on its own, you will be able to pair it with an Android phone to act as a more conventional smartwatch, showing notifications and allowing you to make calls.

Not many of the functions were working on the show floor due to network congestion, and one of the display units seemed to be locked in a permanent boot loop. We aren't sure how much work LG has left to do before releasing these devices to the public. 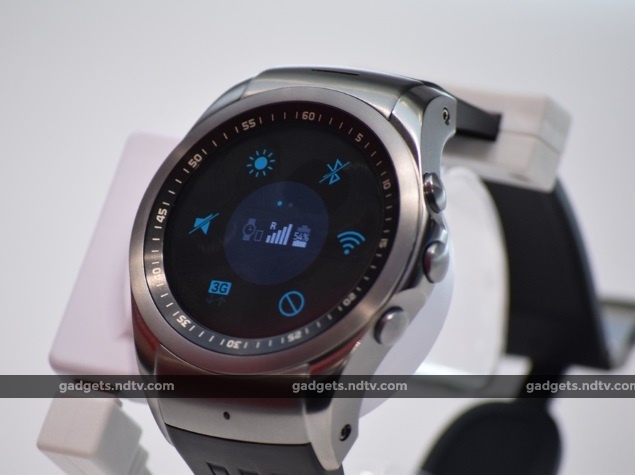 The LG Watch Urbane LTE has a 1.3-inch screen and runs on a 1.2GHz Qualcomm Snapdragon 400 processor. It has 1GB of RAM and 4GB of internal storage. The battery capacity is 700mAh and you'll need to pop it into a dock for charging. There are multiple sensors on board including a barometer, and as a final bonus, the device is rated IP67 for dust and water resistance.

Next Galaxy Note to Sport Dual Edge Display, Hints Samsung Executive
Over 1.7 Billion Women in Emerging Economies Do Not Own Mobiles Phones: GSMA