I asked myself that as I wore LG's Lifeband Touch day and night for a week.

The new computerized wristband tracks workouts and calories burned and syncs with the LG Fitness app on an iPhone, iPad or Android device. It can also control music on a phone and alerts incoming calls and emails, at least for Android users.

The Lifeband marks the entry of LG Electronics Inc. into the fledgling market of wearable gadgets and follows smartwatches from Samsung Electronics Co., Sony Corp. and others. LG started selling the Lifeband in the US last month for $150. It will be available in parts of Asia and Europe in coming weeks.

The screen
As a fitness tracker, the Lifeband is meant to be used a lot outdoors. But its finger-length touch screen is hard to see in direct sunlight. I was unable to adjust the brightness, and I needed to find shade to make out the characters.

For just $50 more, you can get Samsung's Gear Fit (Review) with a curved screen capable of displaying clear and vibrant colors and which is readable in direct sunlight. The LG's screen offers only black and white. 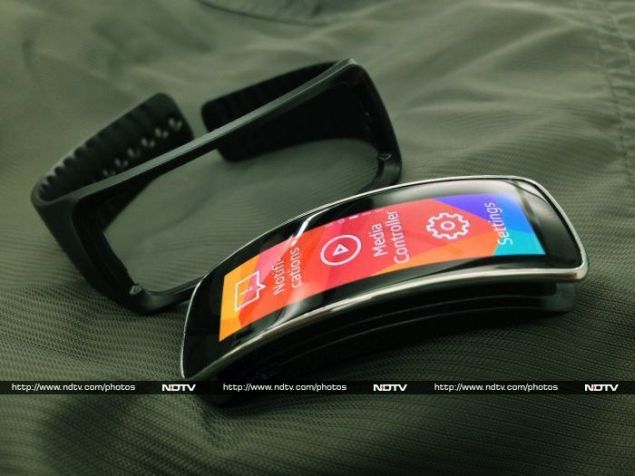 Odd fit
The Lifeband doesn't have a strap that can be fastened and adjusted to the size of the wearer's wrist. Rather, it has a bendable plastic band, with a gap that widens to let the wrist slip in. The band then locks itself in place once on the wrist.

Although not having a strap to buckle on and off makes the Lifeband easy to wear and remove, it will dangle if the band is too big. The Lifeband comes in three sizes, and if your wrist is narrower, you might have to pull the wristband toward your forearm. By contrast, you can adjust the Gear's strap. 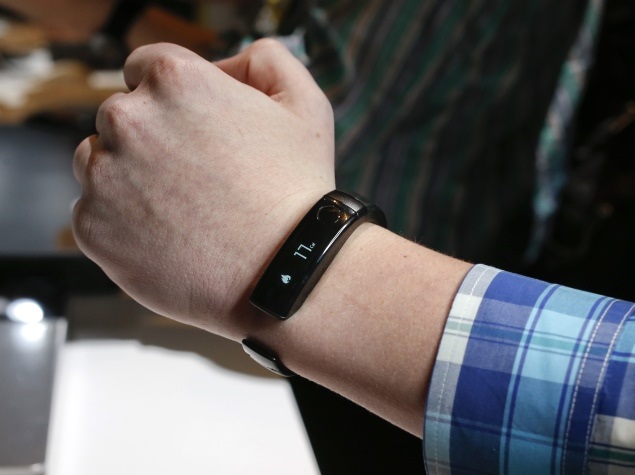 I often had to take off the gadget while writing or typing on a computer because it was too thick and heavy. I described it to friends as a digital handcuff because it squeezed my arm and kept moving between my wrist and my forearm.

Fitness tracking
You click the device's timer before beginning a workout, such as a run. Afterward, the phone or tablet app shows the route along with the distance, calories consumed and speed.

The Lifeband also counts the number of steps walked throughout the day. It can also measure heart rate with a $180 companion earphone.

Fitness coaching
The Lifeband vibrated as I got closer to the goal I set of one hour of walking each day. At a quarter of the way in, it vibrated and displayed: "25 percent achieved." It also vibrates at random moments and tells you to "Stretch stretch" or "Move move."

That was more distracting than motivating. It's one thing to have a personal trainer at a gym tell you what to do. It's another to have a wristband that doesn't understand how my day was going. It wanted me to stretch when I was busy typing on a keyboard. It wanted me to move when I was having a coffee with a friend. Instead, I simply ignored the device. 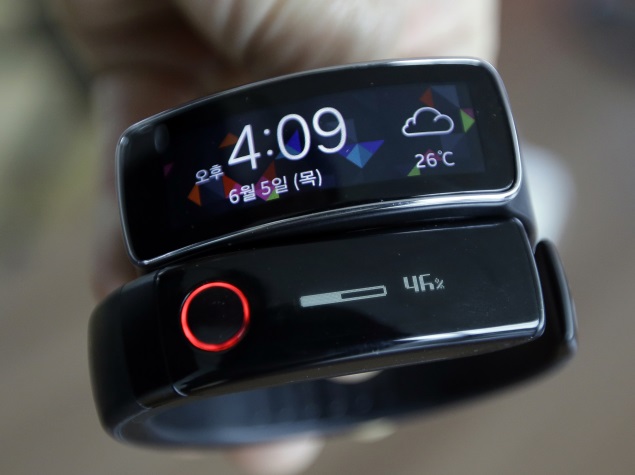 I would have been more likely to exercise had the wristband been mindful of my daily routines. My only option was to turn this feature off.

Notifications
The Lifeband alerts you to incoming calls, but it cannot receive or make calls. I got a vibration for a call I would have missed with my iPhone in silent mode. To answer it, however, I still scratched my head wondering where I had left the phone.

The Lifeband also gives notifications for incoming emails but not when it's paired with an iPhone or an iPad. With Android, you get the sender's name and subject line, but none of the message itself. It's a common problem with the small screens on wrist devices, and it left me wondering why I would need one.

The bright side
Its battery lasted as long as promised - five days on a full charge. But other fitness trackers offer similar functions, often at lower prices.

The case for it?
Not compelling.

product The Lifeband marks the entry of LG into the fledgling market of wearable gadgets and follows smartwatches from Samsung, Sony and others.