Lcare Band 2S Review: Blood Pressure Monitor Under Rs. 3,000 but Is It Any Good?

We've been reviewing activity trackers for a few years now, and so far, we haven't come across a product that can measure your heart rate and blood pressure and costs less than Rs. 3,000. The Lcare Band 2S is the first such product, and it piqued our interest due to the value proposition it offers. Lcare is a relatively unknown brand, but we recently tested a power bank made by the company and found it to be surprisingly good, especially for the price. The Lcare Band 2S promises a lot, but does it deliver? We used it for a little over a week to find out.

The Lcare Band 2S has a bog-standard design, which we've seen with several activity trackers previously. There's a slightly bulky capsule with the display at the top and the heart rate sensor at the bottom. This is made of plastic and doesn't really feel premium, but that would be unreasonable to expect at this price point. The strap is attached via two tiny screws and has a buckle. It's made of a rubber-like material and is very comfortable to wear. There's a touch button below the display, which sits flush with the rest of the capsule. Unfortunately there's no way to easily hit the button in the dark — some kind of a groove would've been nice, since the button is rather small.

The Lcare Band 2S joins a host of other fitness wearables we've reviewed with a proprietary charger. It's sad to see this lack of standardisation, but at this point it doesn't look like there is an end to it. Having said that, the charger latches on to the Lcare Band 2S pretty quickly, and once fully charged, you won't have to worry about battery life for around two weeks. In over a week of usage, the battery of our review unit only went down to 50 percent, which is quite good. The display is not always-on, but it lights up when you raise your wrist. We used the Lcare Band 2S for two active workouts during this period and the rest of the time we exercised as we always do, but didn't use its running mode to track it.

The button mentioned earlier is used to navigate through the UI of the Lcare Band 2S. Tap it once to move to the next item on screen, and long-press it to select something. You can cycle through the various options such as the time and date, a running mode, steps, distance, calories burned, sleep tracking data, blood pressure mode, a stopwatch, and a power-off button. 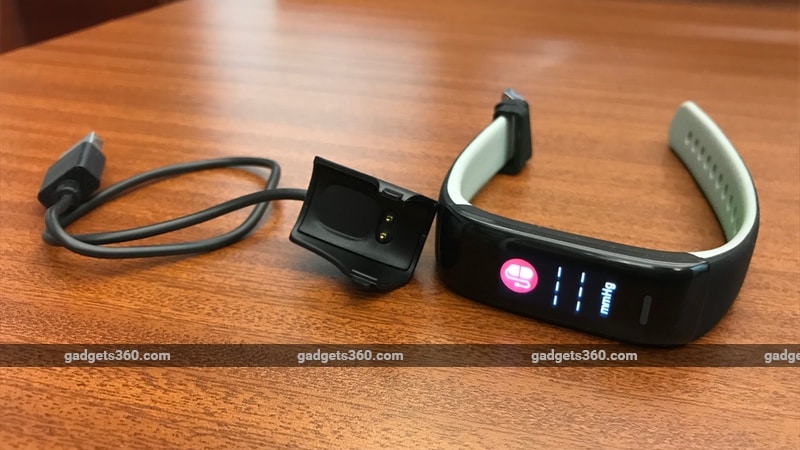 The band's UI isn't very visually exciting, but the display works fairly well overall. Under harsh sunlight at around noon on any given day, we were able to read the display, even if we had to squint a little. Other than that particular scenario, it didn't present us with any issues. On the other hand, the Lcare Band 2S could really use a tutorial to make the basics of usage clear. Some things such as heart rate and blood pressure measurement work without a long-press, but some others such as activating the running mode require exactly that. It's not easy to guess what requires a long-press and what doesn't.

We ran our standard set of tests on the Lcare Band 2S, which began with a test of the accuracy of the step tracker. We walked 1,000 steps while manually counting each one, and then checked what the Lcare Band 2S recorded. We did this twice, and the Lcare Band 2S recorded 983 and 990 steps instead of 1,000. This shows an inaccuracy of between 1 and 2 percent. It's not terrible but we've reached a point where less expensive activity trackers such as the Xiaomi Mi Band 3 are down to less than 1 percent. The bar has been raised, and Lcare Band 2S's performance on the step tracking front is slightly behind the curve.

Since this activity tracker does not have GPS integration, its running mode isn't very effective. We tested it on a 5km run, and the Lcare Band 2S recorded it as 7.4km. Distance tracking is at best an estimate, and we wouldn't recommend using the Lcare Band 2S if you are training professionally for a race. This wearable cannot connect to your smartphone for GPS tracking, like some of the other offerings in the market.

For the first person, it was 118/79 on the band versus 104/75 on the Omron unit. For the second person, it was 116/77 versus 112/71. For the third person, the readings were 119/79 as against 117/73. The fourth person reported feeling stressed and has a family history of blood pressure issues. For this person, the Lcare Band 2S recorded 122/81, whereas the Omron device showed 151/104. This is a large difference and indicates that the Lcare Band 2S can potentially work reasonably well when your blood pressure is within a normal range, but it's probably best to rely on more professional medial equipment to actually keep track of your health. 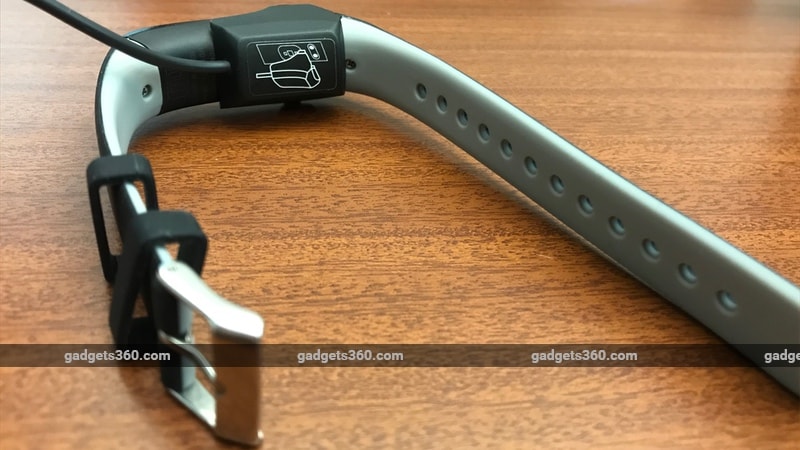 Unfortunately, heart rate tracking with this product didn't fare very well in our tests. We compared its data against that of an Apple Watch Series 2 and found that the Lcare Band 2S came up short. One day, the Lcare Band 2S recorded our maximum heart rate as 91bpm, whereas the Apple Watch showed it as 133bpm. When we were resting, heart rate measurements were comparable with those of the Apple Watch (76bpm vs 78bpm or thereabouts). However, during intense workouts, the measurements were very inaccurate.

The Lcare Band 2S also features automatic sleep tracking, and this worked as expected. The device was able to record sleep effectively, although it needs to be noted that during our testing period we slept very well with no interruptions. There were no instances of us waking up too early and then going back to sleep. Based on our testing, we can say that the sleep tracking works well under favourable conditions.

The Lcare Band 2S syncs with the Lcare Health app on Android and iOS. We used the iOS version during our review period and found it to be inadequate. The UI is barebones and only shows data from up to two days ago. The ability to review historical health data is a basic feature, and its omission is rather disappointing.

The app lists heart rate data, blood pressure measurements, sleep data, and step tracking data across three tabs — today, yesterday, and two days ago. The profile page is also quite basic — you can't even do simple things such as switching to a 24-hour clock from 12-hour. It's pretty clear that the app needs a lot of work, but at least it syncs data automatically from the band once you open it. The app doesn't have Apple Health or Google Fit integration either.

Step tracking is fairly good, but measurements of distance covered are very inaccurate due to the lack of integrated GPS. Sleep tracking works well under ideal conditions, and the battery life is pretty good as it lasts around two weeks on a single charge.

The Xiaomi Mi Band 3 offers most of these features at Rs. 1,999 and has a much better app as well. The Lcare Band 2S might offer blood pressure tracking, but it is not good enough to justify paying Rs. 2,895 for it. The Xiaomi Mi Band 3 is still the better product and if you need blood pressure monitoring, you're better off with a dedicated device. We wouldn't recommend the Lcare Band 2S over the Mi Band 3, even though it's not a bad product overall.

Lcare Band 2S Review: Blood Pressure Monitor Under Rs. 3,000 but Is It Any Good?
Comment