We’ve reviewed plenty of fitness wearables, but none of them have offered as many features for as low a price as this one. The Honor Band 3 is priced at Rs. 2,799 and offers continuous heart rate monitoring, sleep tracking, GPS-based run tracking, and even swim tracking. It even packs a tiny display to complete the package. On paper, it looks fantastic for fitness enthusiasts and those who just want to monitor their activity and sleep. We used it for a week to find out if it works as advertised or the overall offering is too good to be true.

The Honor Band 3 has a slim profile which means it doesn’t look like an alien hugging your wrist. The tracking unit is integrated into the band, not a capsule that pops out. You can wear it with your casual or formal attire and it won't stick out conspicuously - at least the black version. It's also available in orange and blue, but you can't swap bands so be sure to choose the one you like most. The band is pretty comfortable to wear with the exception of the clasp. Even though the clasp is plastic, it would dig into our forearm and leave small marks, even when it wasn't fully tightened.

There's one button below the screen to switch between the number of steps taken, distance moved, and other information. The display is pretty good in most conditions but we had trouble reading text under strong sunlight. The Honor Band 3 uses a proprietary clip-on charger and while it works just fine, we wish that all of these companies would agree upon a standard and use that. If you lose the clip-on charger, it’s going to be tough to find a low-cost replacement. 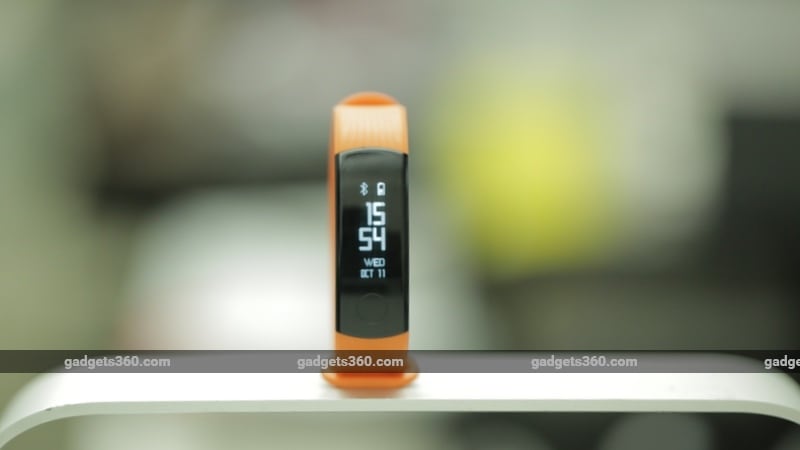 The Honor Band 3 works with both Android and iOS via the Huawei Wear app. We had no trouble pairing the device with the app, and syncing was quite smooth too. The Huawei Wear app looks nice and does a fairly good job of showing your activity data. We would have liked a month-by-month view to see all of our workout data in a chart or a graph, but that aside we didn’t have any major complaints. It has Apple Health integration on iOS, but syncs with an app called Huawei Health on Android instead of Google Fit.

Step tracking data on the Honor Band 3 was reasonable accurate, with a deviation of around 10 percent against the data measured on an iPhone 7. We noticed that moving our arm while sitting would often register as a step, but on the other hand the nature of fitness bands means they're tracking you even when your phone is on a table. Sleep tracking data also gave us no reason to complain. We didn’t use it to track any swims, but the Honor Band 3 survived being dipped into a bucket of water for 10 minutes.

On the other hand, we used the GPS tracking functionality on the Honor Band 3 to track some of our runs and found it to be woefully inaccurate. By the time we hit the 5km mark on each of our runs, we found that the Honor Band 3 would show only 4.5km or 4.4km. This is a significant deviation and convinced us that the quality of the GPS subsystem in this product is mediocre at best. While the GPS tracking functionality allows you to leave your phone behind when you go for a run, it's going to be much less accurate. 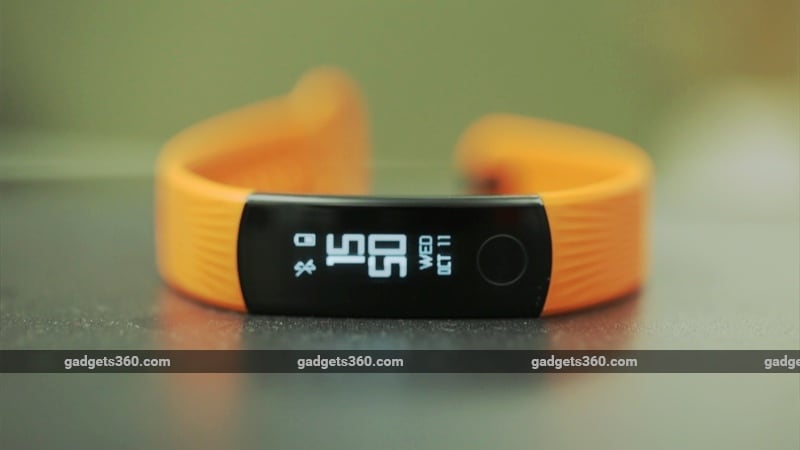 We also found that heart rate monitoring wasn't the most reliable. The results were comparable to what we got with the an Apple Watch Series 2 during runs, but during our gym sessions, the device would show wildly inaccurate numbers. When we were close to exhaustion while in the gym, the Apple Watch showed our heart rate to be 177 beats per minute and the Honor Band 3 claimed that it was just 98bpm.

The best feature of the Honor Band 3 is its battery life. Huawei claims that the device lasts for 30 days on a single charge and that could very well be true. Our review unit's battery level was 75 percent after one week of heavy use, which is excellent considering that the device also alerts you when people call, and shows notifications from various apps. Notifications show the name or number of the person calling you, depending on whether you have them saved in your contacts list. Text message alerts and notifications from third-party apps such as Telegram show one line of text at best. This is standard for this kind of a device. The Honor Band 3 lacks an always-on display but you can raise your arm or tap the button to wake it and check the time, which means it’s not always useful as a watch.

Overall, the Honor Band 3 is a solid waterproof activity tracker that we’d recommend for most people. Runners who want to track their workouts using GPS should avoid this product and rely on their smartphones instead. For those who just want basic fitness data and a device that offers great battery life, the Honor Band 3 is a nice upgrade over the Xiaomi Mi Band 2.

Further reading: Honor Band 3, Honor Band 3 Review, Honor Band 3 Price, Honor Band 3 Price in India, Wearables
Pranay Parab Email Pranay Pranay is in charge of podcasts and videos at Gadgets 360. Over the years, he has written over 500 tutorials on iPhone, Android, Windows, and Mac. He has also written in-depth reported features on the intersection of technology and culture, reviewed fitness wearables, been the social media manager, started two podcasts, and produced several tech videos. He loves travelling, particularly to places not frequented by tourists. He keeps running half-marathons across the country and hopes to complete ...More
iPhone X to Be Key Global Smartphone Sales Driver in 2018: Gartner
Jio Rs. 459 Pack to Replace Rs. 399 Plan as Part of Price Hike

product Priced at Rs. 2,799, the Honor Band 3 packs in a lot of features such as water resistance and continuous heart rate monitoring. 4 out of 5 stars