As the use of smartphones spreads across the globe, the number of people who constantly stare at screens throughout the day is rising. As a result, many people suffer from headaches and tired, watery eyes, especially after a gaming session, or a long day at work.

We've earlier shared tips on what you can do to prevent eye strain when using a computer, in which we mentioned one of the solutions you could try was eye-wear designed for use with computers. After we published the article, representatives from Gunnar Optiks got in touch and offered review units of two of their products. Read on to find out if these glasses by the USA-based company actually work.

Gunnar Intercept
Gunnar says the Intercept was designed keeping gamers in mind. Not being professional gamers ourselves, we couldn't test it while gaming for several hours at a stretch. Our use mainly involved wearing the Intercept through 8 to 12 hours a day constantly working on a computer, and testing apps and games on phones and tablets. We checked whether the glasses were comfortable and if we felt any of the usual symptoms of eye strain at any time during our testing. 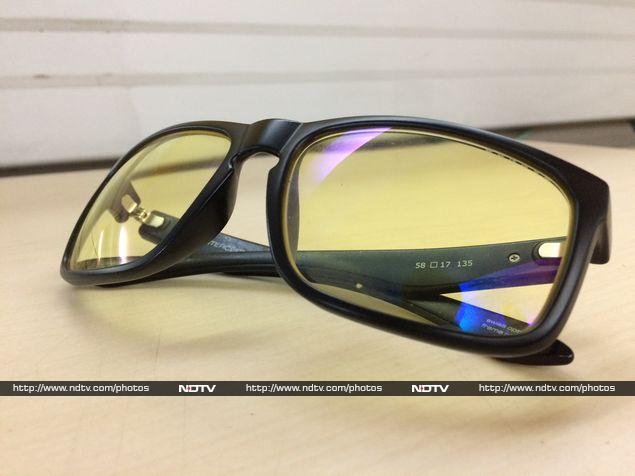 The Intercept is a well-designed product. It has a thick plasticky frame that feels sturdy. The lenses, which have a yellow tint, are large, which give the Intercept a retro look. Tinted lenses aside, the Intercept doesn't look any different from a pair of spectacles. Its arms are pretty thick and initially, we found them to be a little too tight for our liking. If you visit any eyewear shop, the attendant will usually flex the arms of spectacles so that they fit better.

When you order the Gunnar Intercept online, you'll have to do this yourself. We wore the Intercept for over three weeks and towards the end of that period, the unit stretched just enough to fit comfortably (without getting loose), leaving no strain on the ears, nose or the head. We like the Intercept's design because it is comfortable and looks good.

We were very impressed with the Gunnar Intercept during the time we spent with it. We disabled all eye strain reducing software and changed our display settings to default before testing. Even while we had those settings on, we could not work for two hours at a stretch without resting our eyes or taking a short break.

While wearing the Intercept, we found that we could work the entire day without feeling the need to look away from the screen. Of course we aren't suggesting that you do this too, but if your job requires you to stare at the screen constantly with very few breaks, we have no hesitation recommending the Intercept. At Rs. 3,990, we feel the Intercept is worth the price. 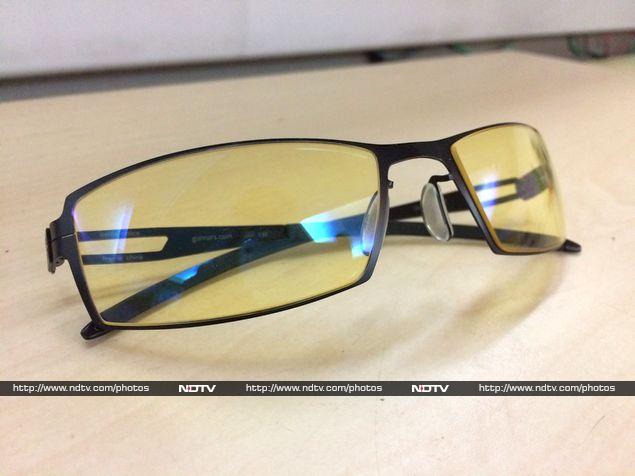 We also tried another offering by Gunnar, the Shea Dog. The testing environment was the same as the one for Intercept. While the Shea Dog comes with yellow-tinted lenses aimed at reducing eye strain, that is where the similarity ends. Shea Dog has a thin frame, slender arms and fit very well right out of the box. We feel it looks better than the Intercept, but that is subjective. The Shea Dog has a metal frame with a rubber-like coating at the ends of its arms - the part that rests on your ear. This makes it quite comfortable to wear as well.

Since the lenses on the Shea Dog are not as large as the Intercept, they don't cover your eyes entirely. If you were to tilt your head slightly, your eyes would be exposed to the harsh blue light of the screen. That won't be much of a problem if you're used to wearing this type of glasses. The problem, however, is that the Shea Dog isn't as good at preventing eye strain as the Intercept. 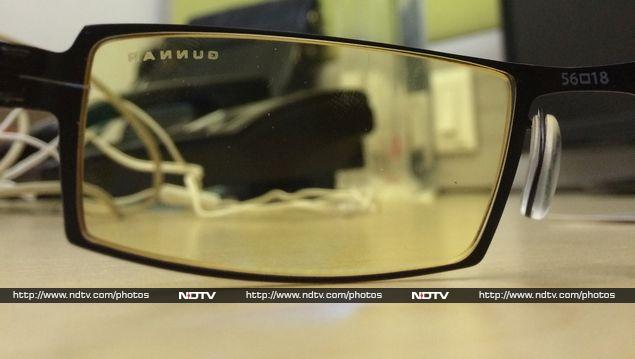 We used it in the same dimly lit environment as the Intercept and found ourselves rubbing our tired eyes after a long day's work. While that's still a lot better than staring at the screen without any eye-wear, it doesn't make sense to buy a pair of glasses to reduce eye strain if they aren't very effective. The Gunnar Shea Dog costs Rs. 4,990.

Both these products are available via the Gunnar India website.

Verdict
We found the Gunnar Intercept better than the Shea Dog at preventing eyestrain and that's why we recommend it over the Shea Dog, which also costs more.