Amzer is known for its wide range of smartphone accessories such as cases, cables, and chargers. Recently, the company launched an activity tracker called Amzer Fitzer Ka. It isn't really a smartphone accessory, but you do need an app to track your data. The Fitzer Ka is close to the lower end of the spectrum in terms of price. This makes it appealing to a wide audience, even if it's costlier than the Xiaomi Mi Band.

As we've stated in previous reviews of activity trackers, there is room in the market for a reliable, functional, low-end device. The Fitzer Ka's pricing pits it against the Goqii band, but since it isn't tied to a subscription service, Amzer's product will appeal to those who just want a basic activity tracker with a display. Does it consistently deliver accurate activity data? Read on to find out.

The Amzer Fitzer Ka is a wrist-worn activity tracker, in the form of a capsule which contains the sensors and hardware, and a band. The good thing is that it ships with three bands - black, blue, and pink - so you can switch between them according to your attire or mood. The capsule is easy to attach to the band, and it didn't fall out even once in our nine-day testing period. The band is very comfortable. We didn't feel any need to remove it at any point. The band did come off accidentally once when we were riding in a crowded train, but the fit was otherwise secure. Charging the capsule is easy because it has a Micro-USB port just like most Android phones. You don't have to worry about carrying a separate charger around.

The Amzer Fitzer Ka capsule has a display and one button. You have to tap this button to scroll through screens which display the time, steps taken, distance covered, calories burned, and percentage of goals achieved. Sleep tracking data is shown only in the app, along with a graph tracking your activity history. Pressing and holding the button powers the device on or off, and a hitting it twice in quick succession toggles sleep tracking. All of this is pretty easy to use, and we figured it out without having to consult the user manual. 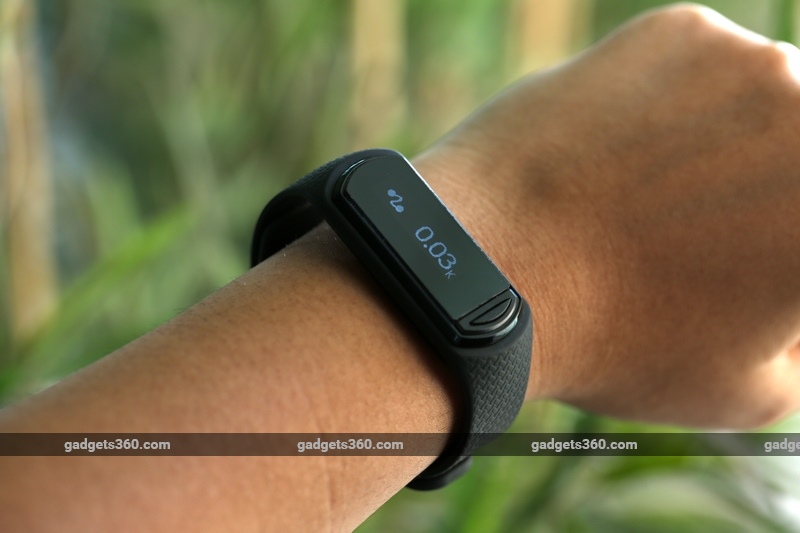 Like the Amzer Fitzer Ka hardware, its app is easy to use. We had no trouble pairing the device with our test phones, and it stayed connected after that. At times, it took a little too long to sync new data with the app, but this was a minor issue. Hitting the sync button manually fixed this problem.

The Fitzer Ka's app could use some improvements. Its activity history graph is a little too inflexible. The week starts on Sunday and ends on Saturday, and you can't change this. If you fire up the app on Monday, you'll only see data for the one previous day in that week; you'll have to switch to month view to see data for even one day prior, which is unfortunate because it's normal to want to check how much you walked three days ago. The graph should be dynamic, showing data for the past seven days or so. The same issue applies to the month and year views.

The graph marks points on the Y axis but doesn't show numerical labels, so you only get a rough idea of the relative number of steps taken on any day. It would be a lot better to have absolute values for the number of steps taken each day. The app lets you set workout goals and reminders too, and we had no issues using those features. Overall, the app does a good job of showing basic activity and sleep data, which is in line with what's promised when you buy the Amzer Fitzer Ka.

That brings us to the accuracy of Amzer Fitzer Ka's data. When compared against an iPhone 5s, we noticed a deviation of up to 10 percent, which happened on a day when we walked over 20,000 steps. That much of a deviation is understandable because the iPhone was in a trouser pocket while the Fitzer Ka was strapped to our wrist. On most other days, when we took around 5,000 steps, the deviation observed was 5 percent or less. Sleep tracking is very rudimentary; the Fitzer Ka only tracks the number of hours spent sleeping, and how many of those we were in deep sleep. This was fairly accurate as far as we could tell. That's not surprising since we were manually activating and deactivating sleep tracking every night. 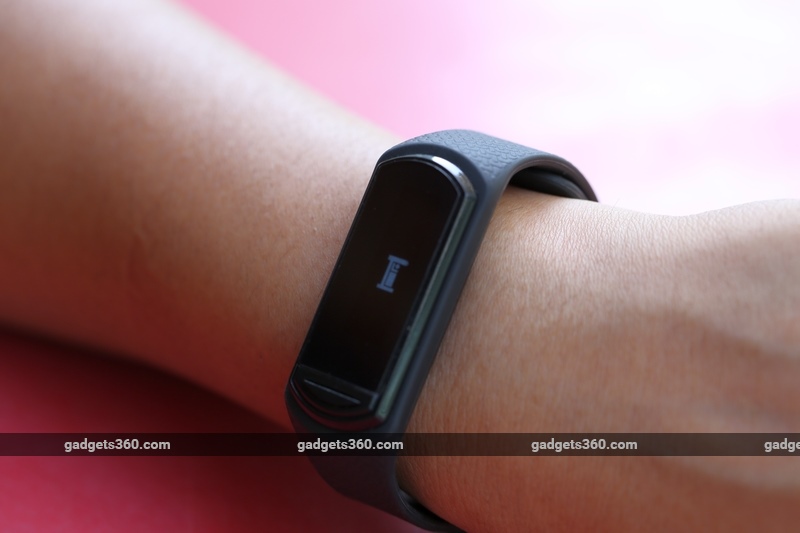 However, we did also have to deal with a few annoyances when using the device. The biggest of our issues surfaced on the seventh day of testing, when the Fitzer Ka ran out of battery power. We charged the device roughly an hour after its battery died, only to find that the device had reset the count of 1,279 steps we'd taken so far that day. We had synchronised the device with its app before it ran down, but the Fitzer Ka overwrote that data once it was powered on again, and we lost our activity and sleep data for that day. This was frustrating, and it means you can't ever let the device die. The second annoyance is a bit of a double-edged sword: while we like how easy it is to toggle sleep mode on and off, we noticed that we were inadvertently doing so in our sleep. We even managed to switch off the Amzer Fitzer Ka on one occasion while we were fast asleep. This will be an even bigger deal if you rely on the Fitzer Ka's alarms to wake up.

Overall, we're fairly pleased with the Amzer Fitzer Ka. It's reliable enough as an activity tracker, it has a display and good battery life, and it sells at a reasonable price of Rs. 2,999. As always we must state that many smartphones can on their own do most of the things the Fitzer Ka does, but if you would prefer a wrist-worn activity tracker and don't want to spend more than Rs. 3,000, you won't be disappointed with Amzer's offering.

Further reading: Amzer, Amzer Fitzer Ka, Amzer Fitzer Ka Performance, Amzer Fitzer Ka Price, Amzer Fitzer Ka Price in India, Amzer Fitzer Ka Review, Amzer Fitzer Ka Specifications, Wearables
Pranay Parab Email Pranay Pranay is in charge of podcasts and videos at Gadgets 360. Over the years, he has written over 500 tutorials on iPhone, Android, Windows, and Mac. He has also written in-depth reported features on the intersection of technology and culture, reviewed fitness wearables, been the social media manager, started two podcasts, and produced several tech videos. He loves travelling, particularly to places not frequented by tourists. He keeps running half-marathons across the country and hopes to complete ...More
Yahoo Extends Deadline for Bids by a Week: Report
Hollywood Woos 'Generation Xbox' With 'Hardcore Henry'
product Smartphone accessories brand Amzer has stepped into the fitness wearables space with the Fitzer Ka. We find out if it's worth its price. 3.5 out of 5 stars