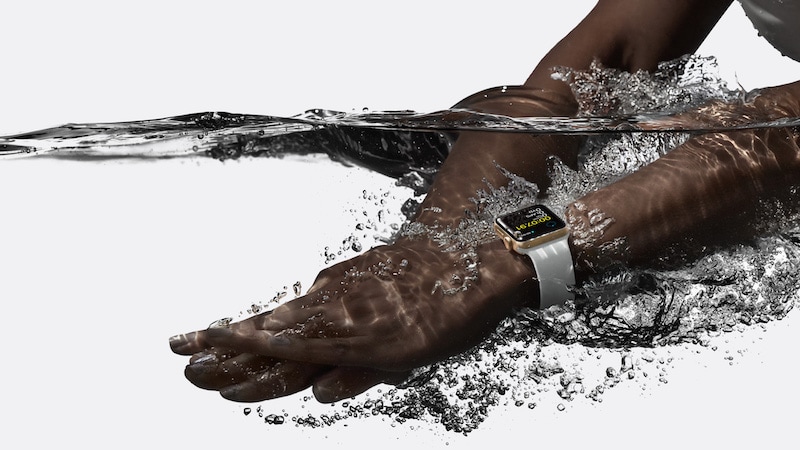 Until very recently I wasn’t sure if I need a smartwatch. I’ve been wearing the Apple Watch Series 2 for a few months now and while I was sure I want one of these, I couldn’t say with conviction that I need one.

When I think of the word smartwatch, I think of a device that helps me check the time and quickly dismiss or take an action on notifications. Fitness wearables, on the other hand, show vitals and sometimes notifications but both categories of devices feel limited in their own way. The Apple Watch Series 2 has hit the sweet spot between the two.

I mentioned in my review that the Apple Watch Series 2 is pretty smooth, has a lot of good apps, works very well for fitness-related activities such as running, and has this awesome Watch Unlock feature (it automatically unlocks your Mac when you’re wearing the watch and are near the computer).

All of these are compelling reasons to want an Apple Watch but Watch Unlock aside, I didn’t think I would miss the watch if I were to stop using it. A series of unexpected events have changed my mind though. Here’s what happened.

During a recent trip to Delhi, I decided to head out of home for dinner. I returned a couple of hours later only to realise that I’d managed to get locked out of my house. My housemates had fallen asleep and the doorbell had stopped working. They’d asked me to call them when I reached home and when I pulled my phone out, I realised that it had run out of charge.

It appeared as though I had no options other than trying to break the door or sleeping on the stairs outside the house. With no other option left, I started fiddling with my Apple Watch. I sent a couple of test iMessages to a friend and surprisingly enough - this worked. I’m still not entirely sure how this happened because my phone was off. My best guess is that the Apple Watch somehow latched on to the home Wi-Fi and sent these messages. Luckily my friend was awake and called up my house mates, who then let me in. It’s highly unlikely that something like this will happen again but the one time I needed technology to work for me, it did.

Around the same time I started learning how to swim. Once I got the hang of it, I started using my Apple Watch Series 2 to track swims as well. I realised that not only does the watch work flawlessly while I’m swimming, it’s also very accurate at tracking pool swims. Basic features such as turning my wrist to light up the display work surprisingly well underwater and the watch is excellent at gauging when I’ve swum across one length of the pool. Add heart rate data to that and the Apple Watch has a pretty accurate read on the number of calories I burn at the pool every day.

One of the biggest reasons I shy away from wearables is I often forget to wear them. I’d take these off before going for a bath and just forget to pick them up while leaving home. With swim-proof wearables such as the TomTom Spark and the Apple Watch Series 2, that problem has been solved.

Until recently I was quite sure I could replace the Apple Watch with other gadgets. The likes of Garmin, Polar, and TomTom make fitness wearables with better battery life (which is a big deal) and many more features. Some of their wearables also lack a touchscreen, which is an advantage as touchscreens don’t work as well as they should when your fingers are wet.

However, it’s highly unlikely that other wearables will offer the same level of seamless integration with iOS and macOS that the Apple Watch has. Somehow, Apple has managed to find the sweet spot between fitness and “smart” features with the Watch Series 2. Whether I’m working or working out, the Apple Watch Series 2 has become a constant companion - not just the smartwatch I want, but the one I need.