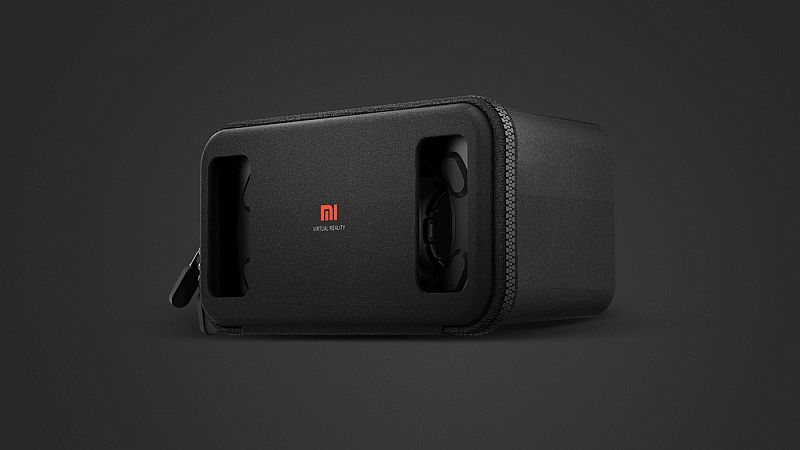 Initially unveiled in China back in August, the Xiaomi Mi VR Play headset features a 'two-way zipper design' that the company claims makes it simple to insert and remove a smartphone into the headset, while also ensuring the phone does not fall out of the headset. Notably, in October, the company launched another plastic-built VR headset.

Xiaomi Mi VR Play features Lycra material and comes with dual front openings for slight positioning adjustments and ventilation. The new Mi VR Play headset is compatible with smartphones ranging from 4.7-inches to 5.7-inches. The company claims that the Mi VR Play headset can easily fit Mi Note as well as iPhone 6 and iPhone 6 Plus. Mi VR Play sports anti-reflective lens for image clarity, and its optical-grade aspheric lens has a high tolerance interval of 0.01mm. It also features a textured metal button which when pressed, a silicone button inside makes direct contact with the smartphone. The Mi VR Headset measures 201x107x91mm and weighs 208.7 grams. Xiaomi has also introduced non-slip pads into the VR headset.

Xiaomi also announced Mi Live, a live video streaming app, in India. The new app is now available via Google Play. Announcing the new Mi Live app, the company said, "Mi Live is our own livestreaming app with locally sourced content and is open to viewing hosts from across the country."

Reliance JioMoney Could Well Be a Disruptor, but Not Just Yet
Uber Lists Out Reasons for Which Passengers or Drivers Can Be Banned From Its Service