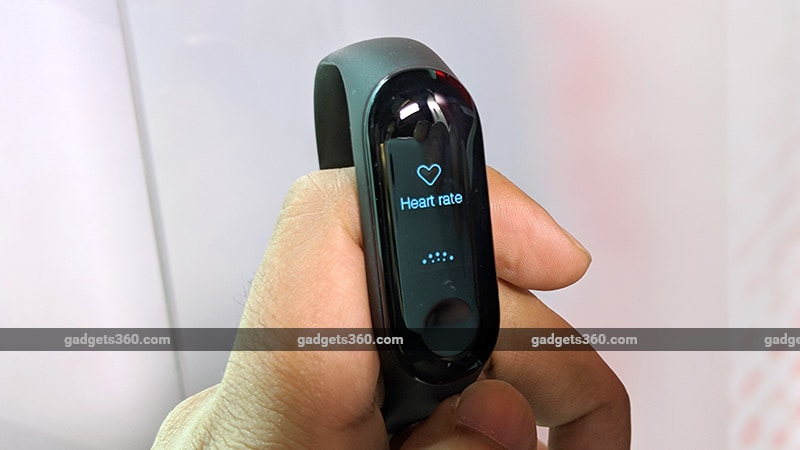 Mi Band 3 is one of the most affordable fitness wearables available in the market right now, and in our review, we found it to be a good value-for-money offering. Positive impressions aside, Xiaomi has achieved an impressive sales milestone with the Mi Band 3 in India. Xiaomi on Friday announced that since the Mi Band 3's launch in September last year, the company has sold over 1 million units of the fitness band in India till date. Additionally, the company claims that it is the top wearable brand in India.

The Mi Band 3 (Review) has proven to be yet another successful budget offering from Xiaomi whose high value-for-money quotient has translated into impressive sales figures for the company. Xiaomi announced the 1 million unit India sales milestone via a tweet.

Mi Band 3, which is now available to purchase from online stores as well as retail outlets, is among the wearable devices that have helped Xiaomi take the second spot on the list of world's largest wearable brands by shipments with a market share of 12.6 percent as of Q4 2018. We quite liked the accurate step and sleep tracking properties of the Mi Band 3 in our review, as well as its good battery life and bright display.

As far as specifications go, the Mi Band 3 features a 0.78-inch OLED display (128x80 pixels) with support for swipe gestures. The fitness wearable packs a 110mAh Li-ion battery, which is claimed to provide a battery life of 20 days. The Xiaomi offering features Bluetooth 4.2 BLE for connectivity and is claimed to be water resistant (50 metres depth). As for its tracking capabilities, the Mi Band 3 can count steps, measure the heart rate, analyse sleep pattern, count calories, and estimate distance among other tasks. The Mi Band 3 is compatible with devices running Android 4.4 and above or iOS 9.0 and a higher build, and connects via the Mi Fit app to send notifications, show fitness data, set alarm and do a lot more.

Game of Thrones Is Coming Back, and So Are People Who Illegally Watch It
Samsung Galaxy S10 5G Korean Variant Specifications Surface Online With Slightly Different Dimensions: Report