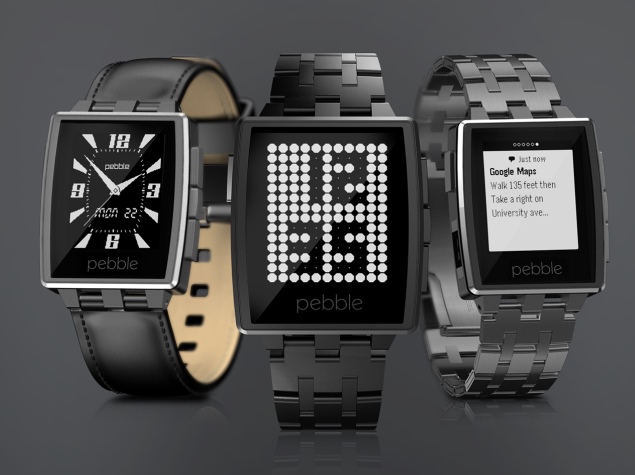 Smartwatch maker Pebble has announced that it has hired Itai Vonshak as head of product and UX, and Liron Damir is hired as head of design. The two men have previously worked with LG, creating the user interface and design for webOS TV, and before that, they designed webOS for HP.

This is a big announcement, and shows that Pebble is taking usability and design very seriously at a time when Google is rolling out Android Wear, and expectations are that Apple will also announce a smartwatch soon.

The modern smartphone interface is very heavily influenced by webOS, with things like card-based multitasking now being the norm across different operating systems. The Palm Pre, the first webOS based phone, also came with unique hardware features. The touch-screen extended beyond the visible screen, and you could use the lower part of the front face for gestures. Another innovative feature the phone supported was wireless charging.

A lot of the design quirks would make their way to BlackBerry's BBOS10 - webOS gave us the swipe up to close an app gesture, for example. Another cool feature in webOS was the synergy system, which took inputs from your various Internet services (Google, Facebook, Outlook) to build a consolidated contact list.

At the same time, webOS took inspiration from what the other companies were doing, and "borrowed" Android's notification system well before Apple eventually did so.

And, like the control panel which Apple now uses, with the Palm Pre, you could pull up a control area for controlling music playback.

Right now, the Pebble is still one of the most popular smartwatches, thanks to great battery life and the ease of use. However, there is no denying that there aren't actually too many uses for the watch, beyond notifications.

So far though, we don't have a really good method for interacting with our smartwatches - voice is of course an option, but there are many scenarios where this is not practical.

The webOS team however has been instrumental in defining the way we use our smartphones and then televisions. Pebble will be hoping that they can pull this off again, and come up with an elegant solution for interacting with a smartwatch's small screen.