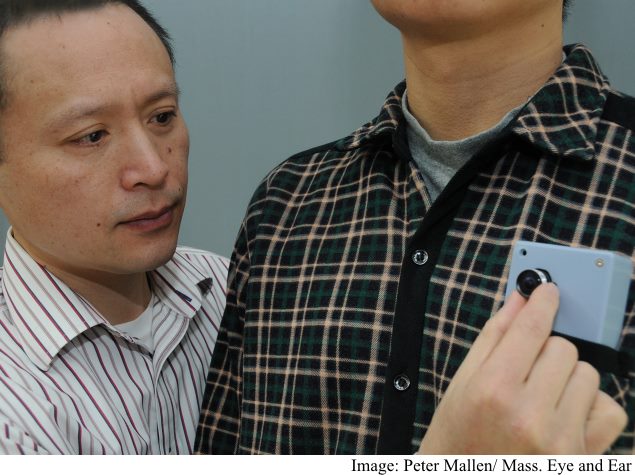 Researchers have developed a wearable device for the visually-challenged people that can help them avoid a collision.

People who have lost some of their peripheral vision, such as those with glaucoma, or brain injury that causes half visual field loss, often face mobility challenges and increased likelihood of falls and collisions.

"We developed this pocket-sized collision warning device, which can predict impending collisions based on time to collision rather than proximity," said paper co-author Shrinivas Pundlik.

The findings are published in Investigative Ophthalmology and Visual Science (IOVS).

"It gives warnings only when the users approach obstacles, not when users stand close to objects and not when moving objects just pass by," said senior author Gang Luo, associate scientist at Massachusetts Eye and Ear.

"The auditory collision warnings given by the device are simple and intuitively understandable," Luo explained.

Compared to walking without the device, collisions were reduced significantly by about 37 percent with the device and walking speed barely changed.

"We are excited about the device's potential value for helping visually impaired and completely blind people walk around safely," Luo said.