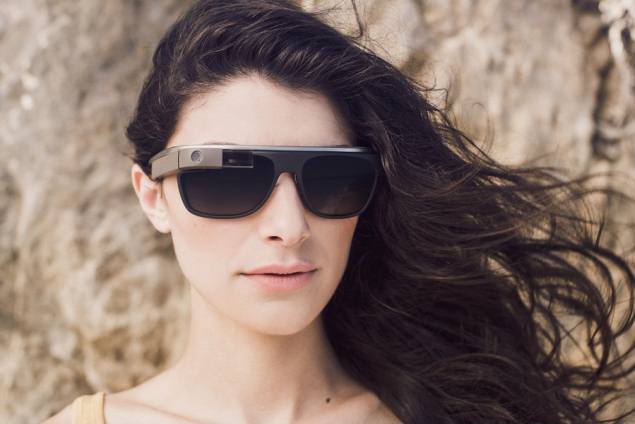 Ever heard of an airline staff receiving and checking in a passenger at the counter using cutting-edge technology like Google Glass or a smartwatch?

Yes, this is now a reality. The facility is being tested by British carrier Virgin Atlantic and global transport communications and IT firm SITA at London's Heathrow airport for the airline's upper class passengers.

Google Glass is a wearable computer with an optical head-mounted display, worn as a pair of spectacles. It displays information in a smartphone-like hands-free format, with the wearers communicating with Internet via voice commands.

Under this innovative pilot scheme which was launched two months ago, concierge staff of Virgin's Upper Class Wing use wearable technology to deliver a high-tech and personalized customer service, the first ever in the world, an airline spokesperson said.

The Google Glass or a Sony SmartWatch 2 (Review), which the staff wear, have been integrated with a dispatch app built by SITA and Virgin's passenger service system, that manages all tasks handled by the concierge.

As soon as a passenger arrives, the app identifies him or her and pushes the individual passenger information directly to the assigned staff's smart glasses or watch. The staff can greet the passenger by name and start the check-in process.

The staff can also offer updates to passengers on latest flight information, weather and local events at their destination and translate any foreign language information, using the smartwatch or the glass.

In future, the technology could also tell Virgin staff the passengers' dietary and refreshment preferences and provide a more personalised service.

The benefits to consumers and the business from this pilot project would be evaluated ahead of a potential wider roll-out in future, the Virgin spokesperson said.

Both Virgin Atlantic and SITA (Societe Internationale de Telecommunications), which are testing other similar technologies, have also won a prestigious global award for this project to test how Google Glass and Sony Smartwatches could enhance passenger experience.

The cutting-edge technology was introduced after Virgin published the results of a major study of 10,000 airline passengers from across the world on the future of air travel.

Virgin Atlantic is calling on the industry to introduce more innovations and radical fresh thinking to meet sky-high consumer expectations, the spokesperson said.