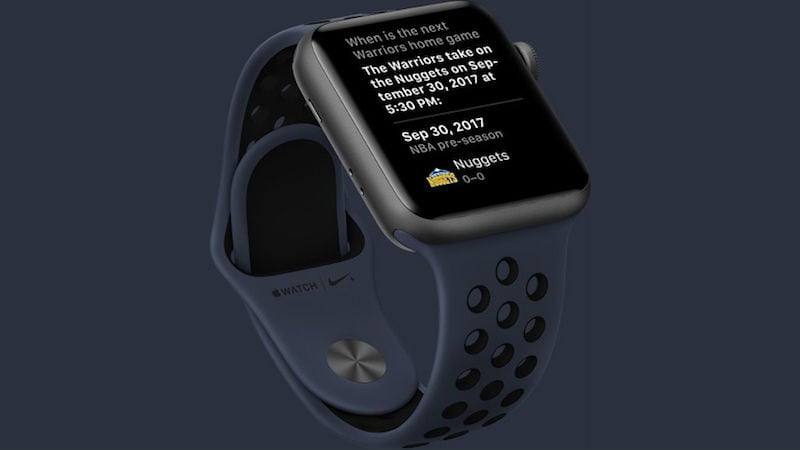 After a sluggish past, the wearables market is finally seeing a boost with 35 percent rise in overall shipments year on year in the first quarter of 2018, as per a Canalys report. Out of the entire gamut of wearable products, smartwatches take the lead with 80 percent market revenue, even though shipments account only for 43 percent. Apple and Xiaomi collectively took a wide margin of the wearable market with 36 percent market share in the first quarter. Apple managed to ship 3.8 million Apple Watches, while Xiaomi is close behind with 3.7 million Mi Band shipments.

A segment that was considered to be growing too slowly, has now finally picked up pace, seeing total shipments of 20.5 million units in the first quarter, the Canalys report notes. Out of these total shipments, 18 percent market share belongs to Apple and Xiaomi each. Coming a close third is Fitbit (11 percent), followed by Garmin (7 percent) and Huawei (6 percent). What's also notable is that even though smartwatches take up only 43 percent of shipments in the wearable market, compared to 57 percent of shipments of basic bands, the segment manages to rake in 80 percent of revenue. In comparison, basic bands manage to rake in only 20 percent of revenue.

While the overall shipment numbers increased year on year, the shipment numbers for Apple Watch matched that of last year's Q1 number. The report states that Apple represents 59 percent of the total cellular-enabled smartwatch market. "While the Apple ecosystem has a strong LTE watch offering, the lack of a similar product in the Android ecosystem is glaring. If Google decides to pursue the opportunity with a rumoured Pixel Watch, it would jump-start much needed competition in this space," Canalys Senior Analyst Jason Low said in a statement.

Talking just about smartwatches, Garmin comes in second with 1 million smartwatches sold in the first quarter. Clearly the LTE enabled Apple Watch Series 3 smartwatch has been a winner among customers, and also the Mi Band which is meant for consumers looking at reasonably priced wearables. With growth in the market, companies like Motorola and LG that had paused its efforts in the wearables segment, may now look to return.