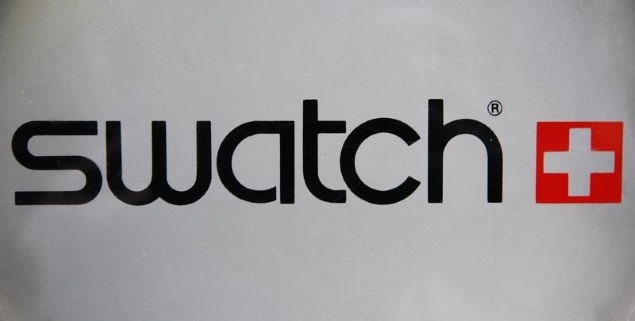 Swatch Group is happy to go it alone with a launch next year of watches with "smart" features to compete with so-called wearable gadgets from the big tech companies, a market potentially worth $93 billion.

The world's biggest watchmaker, which sees the advent of smartwatches as an opportunity rather than a threat, will unveil its new Swatch Touch next summer.

Swatch Chief Executive Nick Hayek said these new watches might allow the wearer to count the number of steps they take and calories they burn. And there will be a few other cool 'Swatchy' things on offer via latest Bluetooth technology, he said in an interview at the company's headquarters in Biel.

"All the big technology firms want to work with us and I don't rule out that we are or could be collaborating in some areas. But we can also do many things on our own."

Wearable gadgets, such as smartwatches that allow users to connect to their phone to check emails, make calls or monitor their health, are expected to be the next big thing in the tech world and a potential threat to traditional wristwatch sales.

Apple has just invited media to a "special event" next month, fuelling speculation it might present a much-anticipated "iWatch."

The possibility of an iWatch launch is partly responsible for Swatch shares losing almost 15 percent so far this year, lagging a 3 percent rise in the European sector.

"For Swatch, this could mean a 2 percent hit to revenue and earnings before interest and tax for each 10 percent share that the iWatch was able to gain in its addressable market," Bernstein analyst Mario Ortelli said in a study in July. Ortelli has a "market perform" rating on Swatch's shares.

Other tech companies are working on smartwatches. Google's Motorola is set to launch a Moto360 smartwatch next week in the United States.

But the spotlight is on Apple after the company poached executives from the fashion, luxury and medtech (medical)industries and registered the trademark "iWatch" in Japan.

Dream team
For many analysts, Swatch and Apple would be the dream team for a smartwatch project, but Swatch has always played down its interest in such a relationship. The argument is that Swatch's business is selling watches not technology.

"Our first message for customers is the watch. If they like it, they might also be interested in the extra functions," Hayek said. "It is a problem if you only define a product by its technology. Technology alone doesn't sell, not in watches."

His comments highlight the importance of fashion and branding for the development of the smartwatch business.

"(Technology firms) that want to strike partnerships with us also want access to brands. They want (their products) to be more than a commodity," the CEO said.

Swatch has a well-established list of brands, including its colourful Swatch watches, sporty Tissot and Longines, elegant Omega and hand-decorated Breguet timepieces.

There are already smartwatches on the market from companies like Samsung, Sony Corp and LG Electronics, but these have had mixed reviews.

Experts say even if the technology is cheap and small enough for wearable gadgets, this is not enough for consumers. "Nobody has hit on the right combination of problems a wearable should solve and convinced mainstream consumers," Avi Greengart, research director at IT research firm Current Analysis, said.

The rewards are potentially huge for whoever comes up with a winning formula. Andrew Sheehy, chief analyst at Generator Research, sees the retail value of wearable Internet-connected devices at $93.1 billion by 2018, versus $4.1 billion in 2014, with smartwatches accounting for about two thirds of the market's value in 2018.

Tech expertise
Swatch itself is already in the tech business, making microchips, displays and batteries, mainly for third parties, including mobile phone and smartwatch makers.

"We work with many companies, but there's no reason to shout it from the rooftops," Hayek said. "EM Marin supplies tiny parts to many, maybe also Apple. We also make batteries for others. But that's not our core business."

"I don't know if it will turn profitable this year, that depends on the dollar," Hayek said.

Almost 500 people work at EM in Marin, about a half-hour drive from Biel, and another 500 at sites worldwide.

"Low-power and low-voltage microchips are our specialty. The Swatch Touch, for example, is the only battery-powered device to have a touch screen that is always active because its power consumption is so low," Michel Willemin, head of EM Marin, said.

"Fitness bands are a trend," Hayek said. "They are selling like crazy in the U.S., but our Swatch and Tissot brands still have double-digit sales growth there. People wear the band on the other wrist and often take it off again after a few weeks."

Hugo Barra on Why Apple's 'iWatch' Could be the Big Wearables Breakthrough
iPhone 6 Mobile Wallet Will Let You Pay for Physical Goods: Report