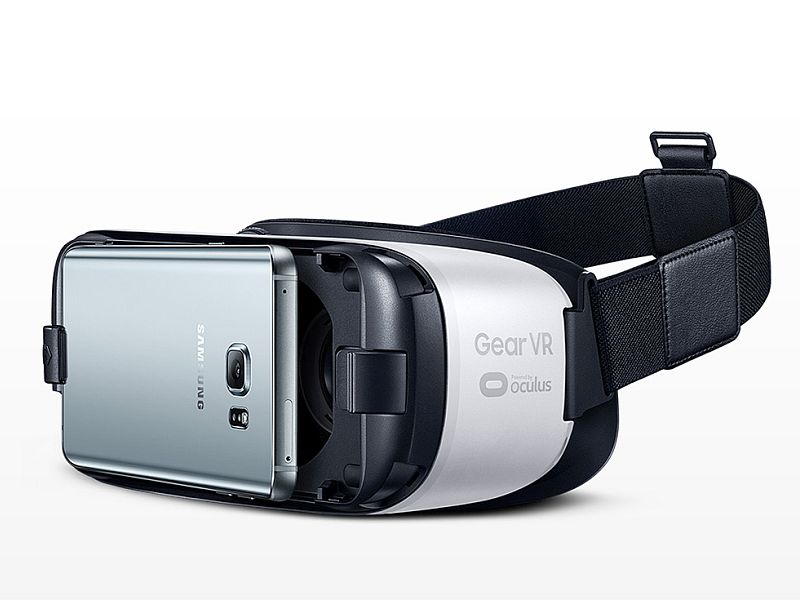 Samsung's consumer Gear VR headset powered by Oculus VR software was unveiled last month and was promised to be available this month. The Gear VR is now finally available for pre-orders.

Available at a price of $99.99 (approximately Rs. 6,600), the Samsung Gear VR is now available to pre-book via Best Buy, Amazon, and Samsung.com. Online retailers and the Oculus VR blog list November 20 as the shipping date for the Gear VR. The online listings of the Gear VR reveals that the headgear will come preloaded with 3D movie trailers as well as 360-degree videos though no detailed list has been provided. Users will also get access to Oculus Video and Oculus Arcade for videos and games. The company is also touting the new made-for-VR games for the Gear VR, including Land's End, Bandit Six: Salvo, and Dead Secret, which are now available in the Oculus Store.

The Samsung Gear VR measures 201.9x116.4x92.6mm and weighs 310 grams. It packs an accelerometer, gyroscope, proximity sensor (for mount/ unmount detection), and includes a field of view of up to 96 degrees. At launch the South Korean company claimed the consumer Gear VR model was 22 percent lighter than its predecessor as well as more comfortable to wear and had improved controls.

The virtual reality segment has lately seen a lot of new companies entering the space. Aside from Sony with PlayStation VR, Oculus with the Rift headset, and Razer with its OSVR platform, HTC threw its hat into the ring announcing its partnership with Valve for the HTC Vive VR as well. Microsoft also showcased its fairly unique take on augmented reality, the HoloLens.

Stay Aware About the Air You Breathe With Atmotube
Apple Announces 1,000 New Jobs in Ireland as EU Tax Ruling Nears