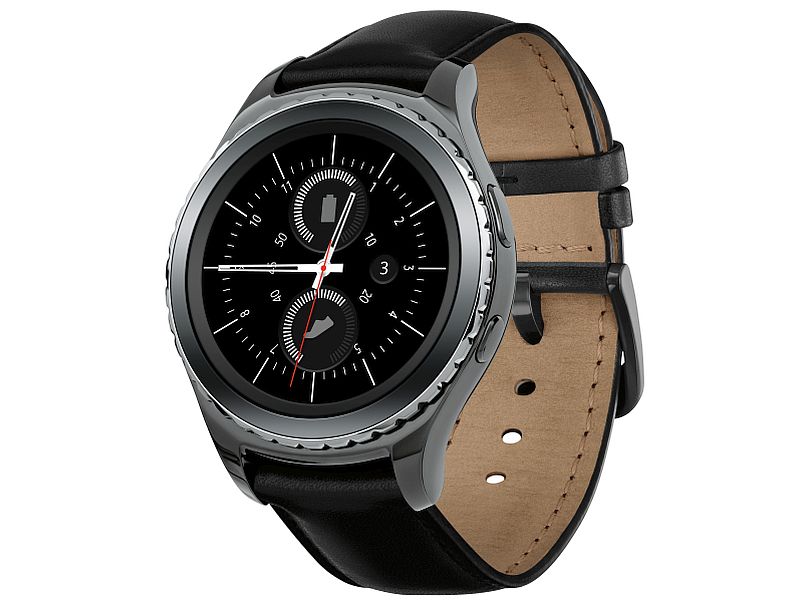 Samsung on Thursday announced the Gear S2 classic 3G as the first device in the market to feature an eSIM compliant with the GSMA Consumer Remote SIM Provisioning (RSP) architecture.

The GSMA (or Groupe Speciale Mobile Association) in a press statement said that the new specifications released will allow consumers to remotely activate the SIM embedded in a device (such as a smartwatch, fitness band or tablet) to a mobile network of their choice. Rival Apple had released the Apple SIM with the iPad Air 2 in 2014, a programmable electronic SIM that once again allowed users to switch carriers.

"The initiative does not aim to replace all SIM cards in the field, but is instead designed to help users connect multiple devices through the same subscription and will help mobile device manufacturers to develop a new range of smaller, lighter mobile-connected devices that are better suited for wearable technology applications," adds GSMA.

It's worth noting that the current specifications do not include smartphones but GSMA confirms it will release an additional specification in June 2016 that will include remote provisioning for any mobile device. To recall, both Apple and Samsung were reported to be working on an electronic SIM card for smartphones last year. Other backers of the specification include Huawei, LG, and Microsoft.

Samsung says that for delivering the eSIM to consumer devices, it worked with several partners including M1 Limited, Orange, Singtel, StarHub, Telefonica, TeliaSonera, Vodafone Group, as well as SIM Vendors including Gemalto, Giesecke and Devrient (G&D), and Oberthur Technologies. Other telecom backers of the new GSMA specification include AT&T, Verizon, Deutsche Telekom, Telefonica, and EE)

The South Korean company also believes that the eSIM solution may help grow the IoT market, allowing manufacturers to build products that can support global deployment. "Samsung and its partners are striving to ensure that this proposed eSIM solution gives full coverage to every region and is made available to more customers," notes the company.

Announcing the launch of the new Gear S2 classic 3G, Yunsang Park, Senior Vice President of R&D Office, Mobile Communications Business at Samsung Electronics said, "We are excited to introduce Samsung Gear S2 3G classic as not only a starting point for more devices to be connected globally, but as a step forward in our commitment to support the development of the IoT market."

"We worked closely with the mobile industry to create a global and interoperable specification that gives consumers with a mobile subscription the freedom to remotely connect their devices to a mobile network. This is just the beginning of what is possible and will open up the market to new and exciting device," said Jean-Christophe Tisseuil, Head of SIM, GSMA.