Samsung has accidentally unveiled the Gear Fit 2 Pro, newest addition to its fitness wear lineup minutes ahead of its scheduled event later today, where the company is also planning to launch the Galaxy Note 8 smartphone.

For the Samsung Gear Fit 2 Pro, which rivals Fitbit's offerings, the company is adding heart rate sensors, built-in GPS for accurate location data, and pedometer, which will enable customers to know how many steps they have walked or run, according to listing on the company's website. Users can also wear and take the Gear Fit 2 Pro, which also doubles as a smartwatch in some ways, with them in swimming pool, the description on the website claims, adding that the Fit 2 Pro has a water resistance rating of 5ATM.

The Samsung Gear Fit 2 Pro, available in red and black variants, sports a 1.5-inch AMOLED display with a screen resolution of 216x432 pixels and a colour depth of 16 million colours. Specifications include 512MB of RAM, 4GB of internal storage (of which 2GB is free), and 200mAh battery, all in a package that weighs just 34 grams. The device has Bluetooth 4.2 and Wi-Fi 802.11b/g/n 2.4GHz connectivity. It runs company's homegrown Tizen operating system. 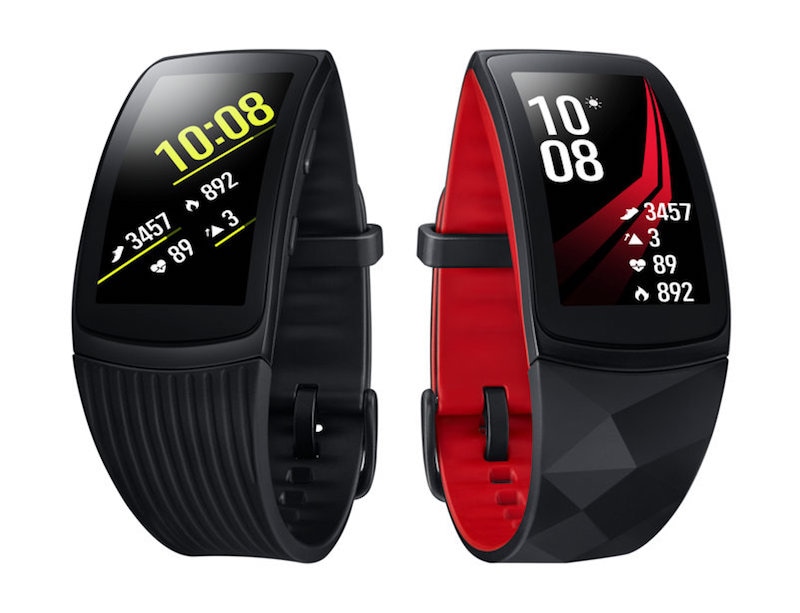 For "advance fitness" tracking, the Samsung Gear Fit 2 Pro comes with four apps. UA Record, enables people to track their sleep activity, workout stats in one dashboard. MapMyRun will allow customers to track routes with real-time maps, and capture their walk and runs. MyFitnessPal will motivate customers to monitor their food intake; and Endomondo, is a global community of fitness enthusiasts to help people with personal training plans. Samsung says Gear Fit 2 Pro users can explore over 3,000 apps including Spotify at the Galaxy App Store and can download the apps that make most sense for them.

The listing hasn't revealed the pricing of the device.