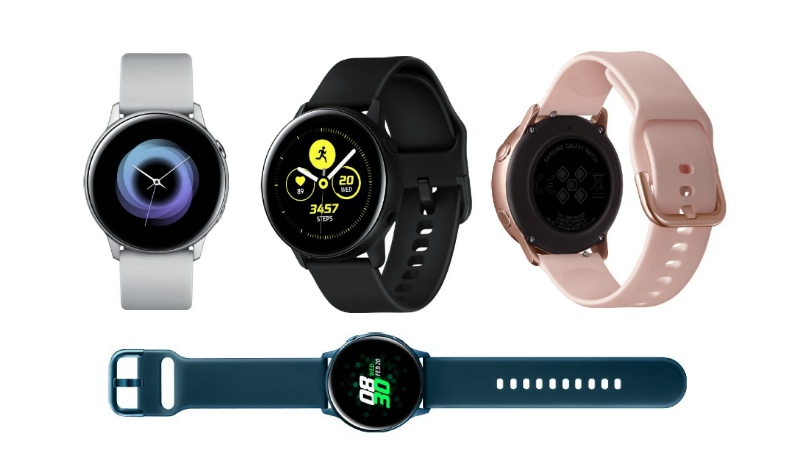 Having said that, the interface featured on the renders suggests the presence of Tizen over Google's Wear OS. The smartwatch is also likely to have a dedicated health-focussed watch face. Further, the Galaxy Watch Active is likely to come with a built-in GPS antenna.

A previous report claimed that the Galaxy Watch Active will come with a 1.1-inch AMOLED display and carry a 236mAh battery.

Coming towards the Samsung Galaxy Buds, which could be the successors to last year's Gear IconX, there are White, Black, and Canary Yellow colour options, as leaked by WinFuture. The latter most is also expected to be one of the colour options of the Galaxy S10e.

Unlike the Gear IconX, the Samsung Galaxy Buds don't have winglets. Instead, they feature a simple, bullet-like design. There is also the AKG logo to suggest audio tuning by the Samsung brand. Further, the images suggest that there could be a USB Type-C port and an LED charging indicator on the case. There are also two pogo pins instead of four had on the Gear IconX. 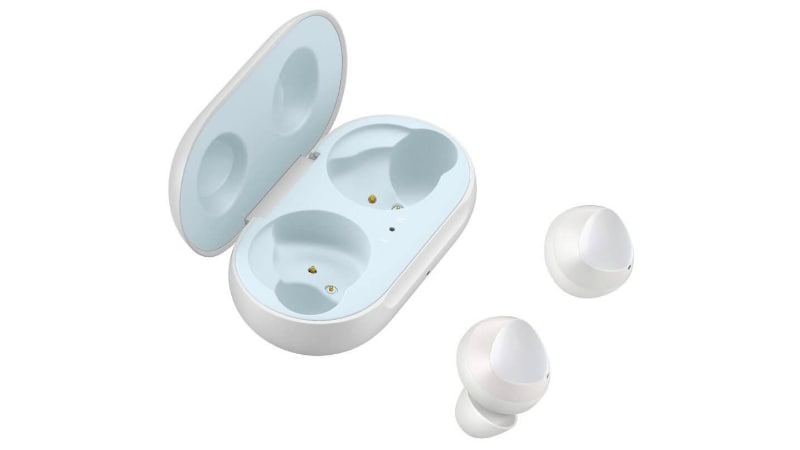 The Galaxy Buds are likely to support heart rate monitoring through an IR sensor. Also, the renders suggest that the back panel of the earbuds could support tap-to-control operations -- just as the Gear IconX.

If we look at some previous rumours, the Samsung Galaxy Buds will come with wireless charging support and may charge directly from the back of the Galaxy S10 models. There could also be internal storage to enable music playback without requiring connectivity with a Galaxy smartphone.

We need to wait until the Galaxy Unpacked 2019 event to see what all the goodies Samsung have aside from the much rumoured and awaited Galaxy S10 family.