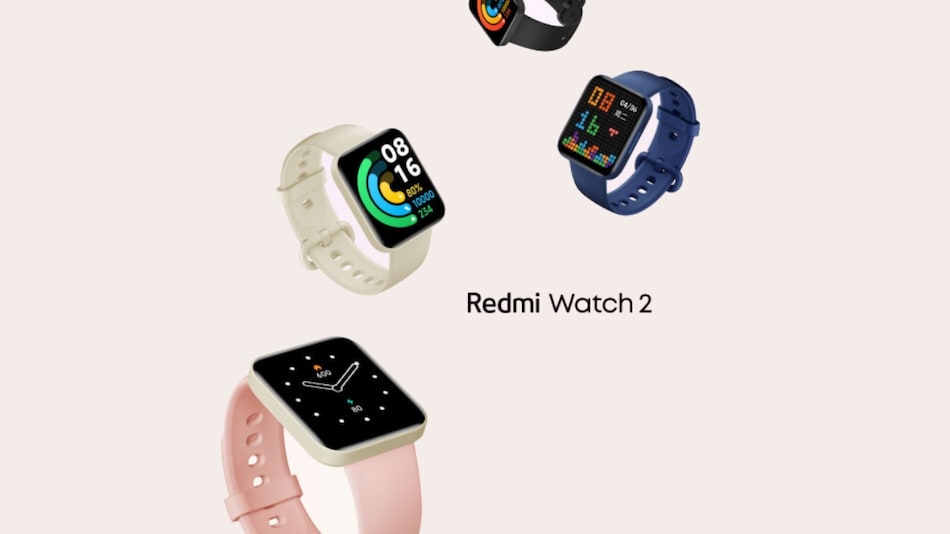 Redmi Watch 2 will feature a larger AMOLED display over the one available on the original Redmi Watch, Xiaomi sub-brand Redmi revealed on Weibo. The new Redmi Watch model will launch alongside the Redmi Note 11 series next week. The smartwatch is expected to offer a list of fitness tracking features — alongside providing real-time notifications from a connected phone. Redmi unveiled the first-generation Redmi Watch in November last year. That model comes with a 5ATM water-resistant build and offers features including heart rate monitoring and sleep tracking.

As per the official teaser posted on Weibo, the Redmi Watch 2 will feature a 1.6-inch AMOLED display. This comes as an upgrade over the original Redmi Watch that has a 1.6-inch LCD.

The AMOLED display on the new model is expected to deliver deeper black levels and better contrast when compared with the earlier model. It may also help bring an improved battery life as AMOLED panels are considered to be better than their LCD counterparts when it comes to power efficiency.

Redmi also teased that the new smartwatch will come with narrow bezels that will result in a larger screen-to-body ratio over the existing Redmi Watch.

Earlier this week, Redmi revealed that the Redmi Watch 2 will be launched in China alongside the Redmi Note 11 series on Thursday, October 28. The early teaser that showcased the launch details also suggested fitness tracking features on the new Redmi Watch model.

Redmi is expected to offer features including SpO2 monitoring and improvements such as consistent heart rate tracking, faster charging, and better battery life on the Redmi Watch 2 as a significant upgrade over its previous version.