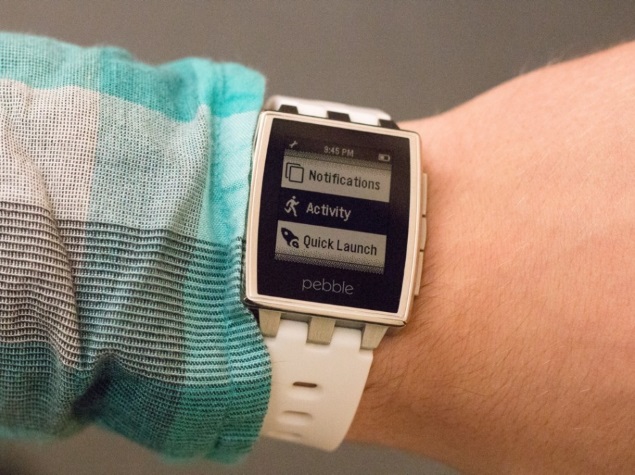 In a recent interview, Pebble's CEO Eric Migicovsky claimed that the company shipped its one millionth smartwatch on December 31 last year, and also shared some of the company's plans for 2015.

According to Migicovsky, the company plans to introduce more new products this year and will also debut a new software platform that is said to be unlike anything seen on the smartwatch till date.

Talking to The Verge, he said, "We've found a new framework to use as an interaction model on the watch." Migicovsky also indicated that the new software platform, unlike Apple (Apple Watch) or Google (Android Wear) who are focusing more on app front, will not have apps as the main focus.

Unfortunately, Pebble's CEO did not reveal any further details about the new software platform or the new products lined up for this year.

In other news, Pebble last month launched a web-based smartwatch emulator for developers. The Verge notes that the emulator allows developers to "build and test apps" without the need to install any software or app on the desktop. Notably, Pebble has now 6,000 apps and watchfaces on the current platform. The company claims that it nearly has 25,000 developers onboard.

Pebble launched the Pebble Steel at the beginning of 2014, and by October gave it a major price cut that brought the price down to $199 (Rs. 15,400 approximately) from $249 (Rs. 15,430 approximately). The original Pebble also received a price cut and was available at $99 (Rs. 6,100 approximately), down from the earlier price tag of $150 (Rs. 9,230 approximately). The smartwatch maker also hired two men who previously worked with LG, creating the user interface and design for webOS TV, and before that, designed webOS for HP. A survey last year even claimed that Pebble had 18 percent market share in the US smartwatch market.