Pebble Could Soon Launch a Slimmer Smartwatch With Colour Screen 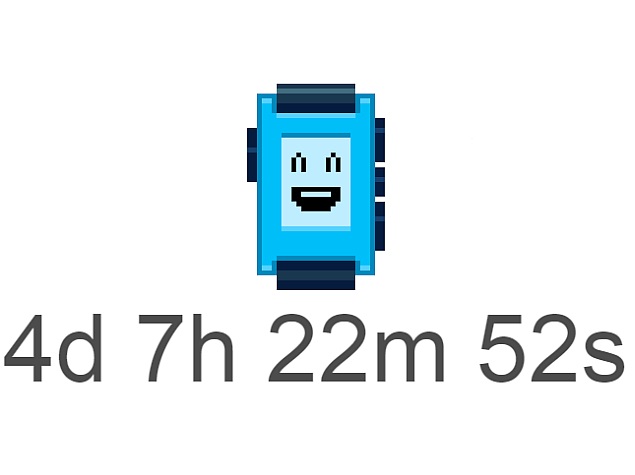 Pebble's CEO Eric Migicovsky earlier this month revealed plans to introduce new products and it seems the company is set to launch at least one on Tuesday. Additionally, new details about the upcoming Pebble watch have surfaced on the Internet.

The smartwatch maker has updated the company's official website with a countdown to an announcement scheduled on Tuesday. The homepage on the official Pebble site includes an animated image of a watch tipping imminent launch of a new Pebble watch; though no official confirmation has been made.

The company even took to social media to create a buzz about the forthcoming announcement. Pebble in a tweet on Thursday said, "We're counting down our fave Pebbler moments" accompanied by an image of the countdown page.

9to5mac in a report citing multiple sources has claimed that Pebble has been working on new hardware and software features that might be revealed on Tuesday's launch.

According to report, the new Pebble watch will include a wider, colour, and e-paper like display that will be enclosed in a thinner design. The screen however is said to not support touch, unlike other smartwatches available in the market. The screen is sad to pack an improved backlight.

Other details tip that the new watch will include a battery in-line with current versions of Pebble watches. The new hardware packs a microphone, which could expand possibilities of new series of apps created by third-party developers, as per the report. Nuance voice recognition software is also said to be included in the new watch.

Talking about the health-focused features, the report adds, "Heart rate monitor features based on sensors are on the long-term Pebble roadmap, but Pebble's limited resources will prevent those features from launching anytime soon."

The report however notes that the company could launch additional accessories such as "Smart Bands" that will include various sensors. "Smart Bands will be available in the future that can add additional sensors to the watch. The charging and data transfer pins have been moved to the bottom of the device, which now sports a plastic body with aluminium edges," it adds.

In-line with what Pebble CEO Migicovsky said earlier this month, the new watch will features a new version of operating system, which is noted as "redesigned from the ground-up to be dramatically different by the team behind webOS."

The report lists some new software features being developed by Pebble which includes a timeline view that records a list of recent notifications while the UI will come with new animations. "The software will run on a new Cortex M4 processor with a 6-axis gyroscope," adds report.

For pricing, the report claims that the new Pebble watch might be priced around the Pebble Steel, which was initially launched at $249 (Rs. 15,500 approximately).

Earlier this week, the Android Wear compatibility feature for the Pebble watch came out of beta. This meant that users could reply and act on notifications from their wrist.