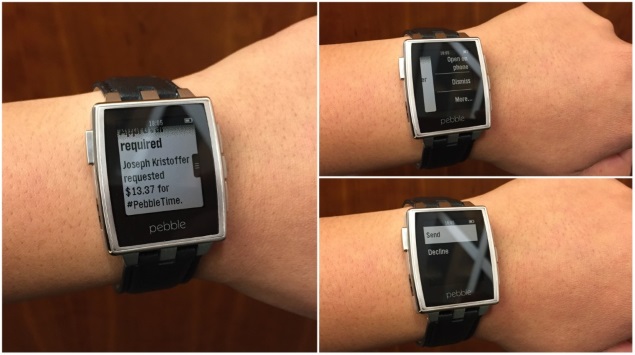 Pebble smartwatch users who also own an Android device have something to cheer as the smartwatch maker has announced the Android Wear compatibility feature is now out of beta. This means that users can reply and act on notifications from their wrist.

Initially rolled out as a beta in December, the feature adds full compatibility with Android Wear, which means Pebble users will enjoy the same functionality as their Wear-counterparts without the app developers needing to do anything.

"These new interactions from Pebble are amazing because Android developers do no extra work to make the magic happen," the company had said while announcing the feature in December. "The Pebble Android app uses actions baked into Wear-integrated apps already. If you can do it with Android Wear, you can do it with Pebble." 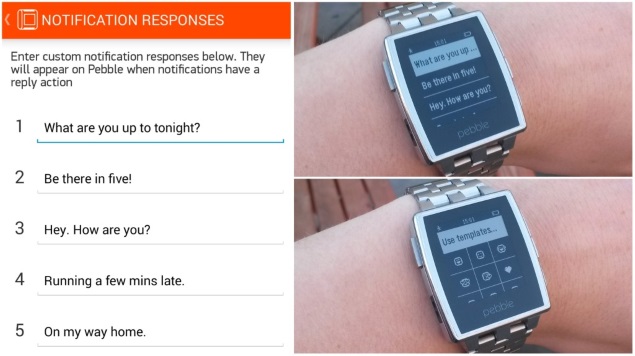 On top of this, the update brings to Pebble some additional features that Android Wear users don't enjoy like user-defined responses.

The new features are available via the new Pebble Android app (v2.3.0) to any user running the latest firmware - v2.9, released last week - on their Pebble smartwatch. The company has also released an updated iOS app with new features and fixes (detailed below).

Pebble CEO Eric Migicovsky earlier this month claimed that the company shipped its one millionth smartwatch on December 31 last year, and also shared some of the company's plans for 2015. According to Migicovsky, the company plans to introduce more new products this year and would also debut a new software platform that is said to be unlike anything seen on the smartwatch till date.

Budget 2015: Incentives for Making Mobiles, Laptops, and Other Electronics in India Likely
Android 5.0 Lollipop Update Rolling Out to Canvas Xpress; Headed to Other Micromax Smartphones