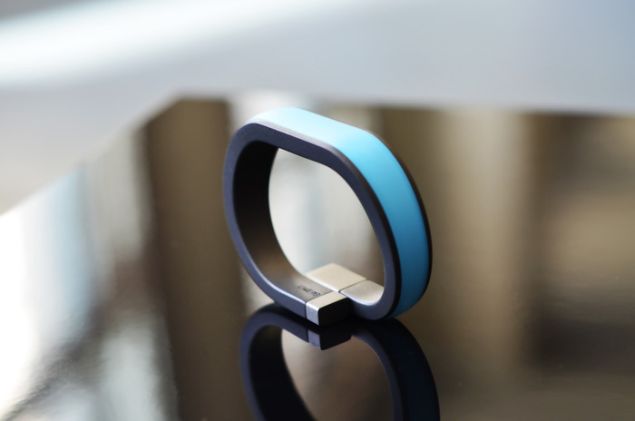 "There are various pulse oximeters already on the market that measure pulse rate and blood-oxygen saturation levels, but those devices use rigid conventional electronics, and they are usually fixed to the fingers or earlobe," said Ana Arias, from the University of California-Berkeley.

By switching from silicon to an organic, or carbon-based design, the researchers were able to create a device that could ultimately be thin, cheap and flexible enough to be slapped on like a Band-Aid.

The engineers put the new prototype up against a conventional pulse oximeter and found that the pulse and oxygen readings were just as accurate.

A conventional pulse oximeter typically uses light-emitting diodes (LEDs) to send red and infrared light through a fingertip or earlobe. Sensors detect how much light makes it through to the other side.

Bright, oxygen-rich blood absorbs more infrared light, while the darker hues of oxygen-poor blood absorb more red light. The ratio of the two wavelengths shows how much oxygen is in the blood.

For the organic sensors, Arias and her team of graduate students - Claire Lochner, Yasser Khan and Adrien Pierre - used red and green light, which yield comparable differences to red and infrared when it comes to distinguishing high and low levels of oxygen in the blood.

Using a solution-based processing system, the researchers deposited the green and red organic LEDs and the translucent light detectors onto a flexible piece of plastic. By detecting the pattern of fresh arterial blood flow, the device can calculate a pulse.

"We showed that if you take measurements with different wavelengths, it works, and if you use unconventional semiconductors, it works," said Arias.

"Because organic electronics are flexible, they can easily conform to the body," said Arias.

Arias added that because the components of conventional oximeters are relatively expensive, health-care providers will choose to disinfect them if they become contaminated.

In contrast, "organic electronics are cheap enough that they are disposable like a Band-Aid after use," she said.