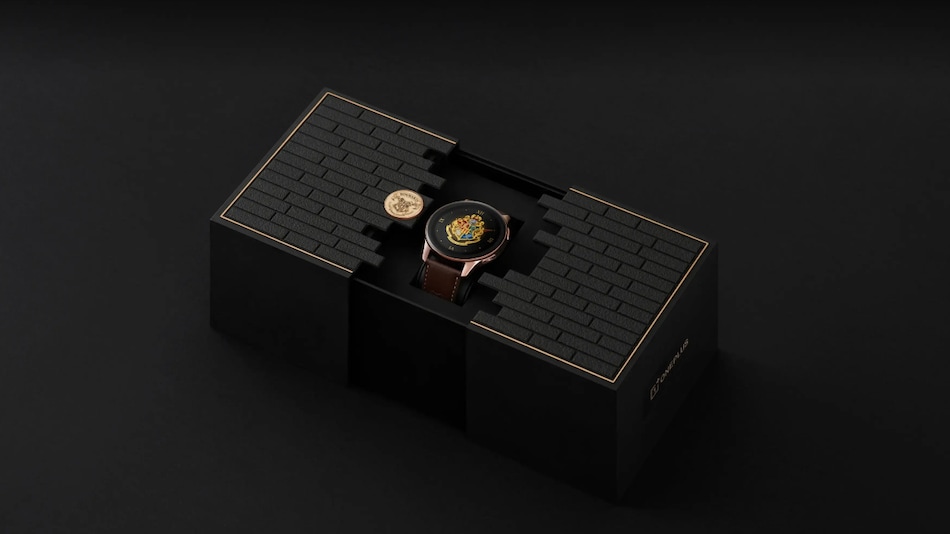 In terms of specifications, OnePlus Watch Harry Potter Limited Edition is identical to the original OnePlus Watch, which was announced earlier this year. OnePlus Watch features a circular 1.39-inch display and can be connected with other devices such as smartphones and OnePlus TV.

OnePlus Watch Harry Potter Limited Edition lets users customise the UI by offering watch face options from Hogwarts houses such as Gryffindor, Hufflepuff, Slytherin, or Ravenclaw. As per the company, the watch strap is made of vegan leather and the dial has 2.5D curved glass protection. Further, users can also pick animation for the icons on the menu screen. The case of Harry Potter Limited Edition variant is said to be corrosion-resistant, and it comes with Harry's iconic lightning bolt etched on it. The unique scar is stamped on the power button of the wearable as well.

Like most other wearables, users can manage calls, notifications, and music using OnePlus Watch Harry Potter Limited Edition. Being a fitness band, it comes with more than 110 exercise modes and offers health-related features such as tracking footsteps, real-time SpO2 levels, heart rate, stress, and breathing. The wearable can be connected with a OnePlus Health app-supported smartphones for availing more fitness features. The wearable can function as a remote control for OnePlus TV as well.

OnePlus Watch features Bluetooth v5 connectivity and an IP68 rating along with 5ATM water resistance. The battery of the latest OnePlus Watch is claimed to offer up to 14 days of power on a single charge. According to OnePlus, the watch can be juiced up enough to operate for 24 hours within five minutes of charging and up to a week's power with 20 minutes of charging. OnePlus Watch Harry Potter Limited Edition supports Warp Charge fast charging.

The new OnePlus Harry Potter Limited Edition Watch is the second limited-edition model from the company for the Indian market. Earlier, it launched the OnePlus Watch Cobalt Limited Edition in July.

Google Pixel 6 Series Prices for US and UK Leak Ahead of Launch, Ads Surface Online
Canon Sued for $5 Million for Disabling Scanner, Fax When Printers Run Out of Ink