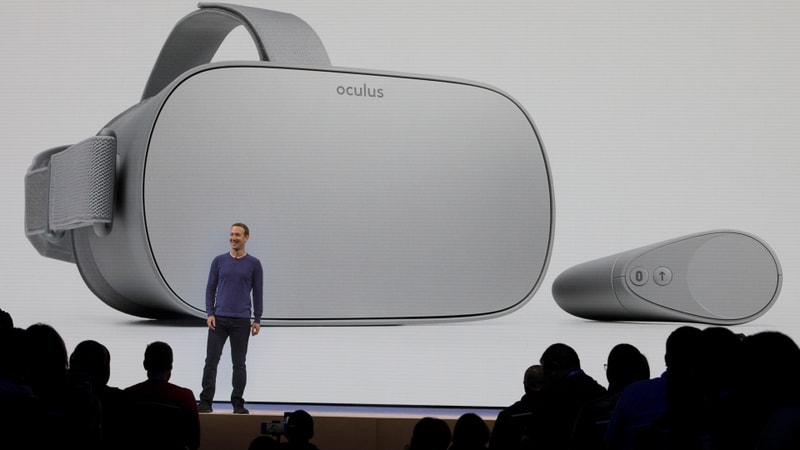 Facebook will finally start selling its cordless virtual reality headset - Oculus Go will be available in 23 countries on Tuesday. To lure a more mainstream audience than past headsets, the company needs developers to think beyond gaming.

The limited accessibility of VR headsets so far - mainly because of high prices and the need to be strapped to an external Windows-based personal computer - has meant that VR developers weren't able to reach a broad customer base, holding back sales. But at $200 (roughly Rs. 13,300), the Oculus Go will be far cheaper than rival devices and doesn't need to be tied to a smartphone or PC. Facebook declined to say whether it's making any money off of the headset.

The Oculus Go, which will come pre-loaded with an application and game store, is designed to do what the iPhone did for smartphone apps a decade ago. Facebook says that more than 1,000 apps, games, and movies will be available to download on the headset. That includes apps from streaming-video services Netflix and Hulu LLC, not just games. Oculus executives said they expect the device will draw consumers who live with roommates and want to watch a different show than what's playing on the TV, or people who want to take a portable entertainment device on planes.

Facebook has been wooing developers with the headset for months, after announcing it last year and then giving test units to some app makers. At F8, Facebook will unveil several new apps for the device, including Oculus Venues and Oculus TV. The Venues app allows users to virtually watch a live event, while the TV app - like the one on the iPhone and iPad - serves as a launchpad to various television offerings.

Another app, Oculus Rooms, will let four people virtually hang out in a customizable, living room-like space, and will allow them to play table games like Monopoly and Trivial Pursuit within that environment.

Oculus is keeping its focus on virtual reality even as other major technology companies, including Apple and Amazon.com, place their bets on augmented reality as the potentially bigger market. Augmented reality combines virtual images with real-world ones, instead of encompassing users in a completely simulated environment. Facebook has in the past asked developers to build augmented-reality tools for other parts of its business, like the short ephemeral videos that compete with Snapchat Stories.

There are some drawbacks to developing for Oculus Go. The headset can only run for 1.5 to 2 hours on a single battery charge for gaming, and up to 2.5 hours for watching video. That's a limited amount of playing time, which could hurt a consumer's connection to a developer's app. There's also a health and safety warning, asking users not to stay immersed in the headset for more than 30 minutes to avoid nausea. Oculus doesn't prevent people from using it for longer.