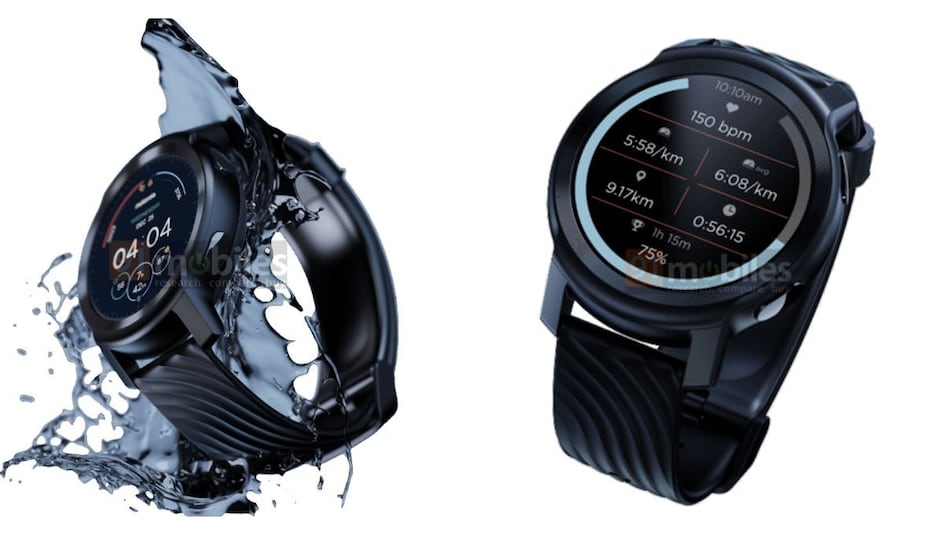 Moto Watch 100 is tipped to feature a 1.3-inch LCD display

Moto Watch 100, a rumoured smartwatch from Motorola, has leaked in new official-looking renders. Specifications of the smartwatch have also been leaked, although an exact launch date is not known. Moto Watch 100 is seen with a circular display in the renders and is said to come with silicone strap, marked by a striped design. The wearable is said to offer features like heart rate monitoring and steps tracking. It is also reported to come with GPS support. The purported Moto Watch 100 is also said to feature a waterproof design.

91Mobiles cites industry sources to leak multiple renders of Moto Watch 100. The smartwatch is seen to come with a circular display and a minimalistic design. The renders show the smartwatch sporting two buttons on the side with a metallic finish. The report suggests that the watch case is made of aluminium. However, it also suggests that the Moto Watch 100 backplate may be made of plastic. In the renders, the wearable is seen to have a black finish but Motorola is likely to launch device in more colourways and strap options as well.

The renders also suggest that Moto Watch 100 could be waterproof to an extent. It is reported to feature a 1.3-inch circular LCD display with 360x360 pixels resolution. Moto Watch 100 may weigh about 29 grams only and is tipped to measure 42x46x11.9mm. The watch band's width is reported to be at 20mm. Moto Watch 100 is said to pack a 355mAh battery and come with Bluetooth v5 connectivity. In addition, the wearable is reported to offer inbuilt GPS.

Moto Watch 100 is reported to not feature a rotating bezel. As for sensors, the report claims that the smartwatch is likely to integrate a heart rate sensor, accelerometer, gyroscope, SpO2 sensor, and ambient light sensor. It is also reported to offer sleep tracking and sensor counting. Other features like the number of sports modes and the actual battery life are not known yet. Motorola has not made an official announcement regarding Moto Watch 100.