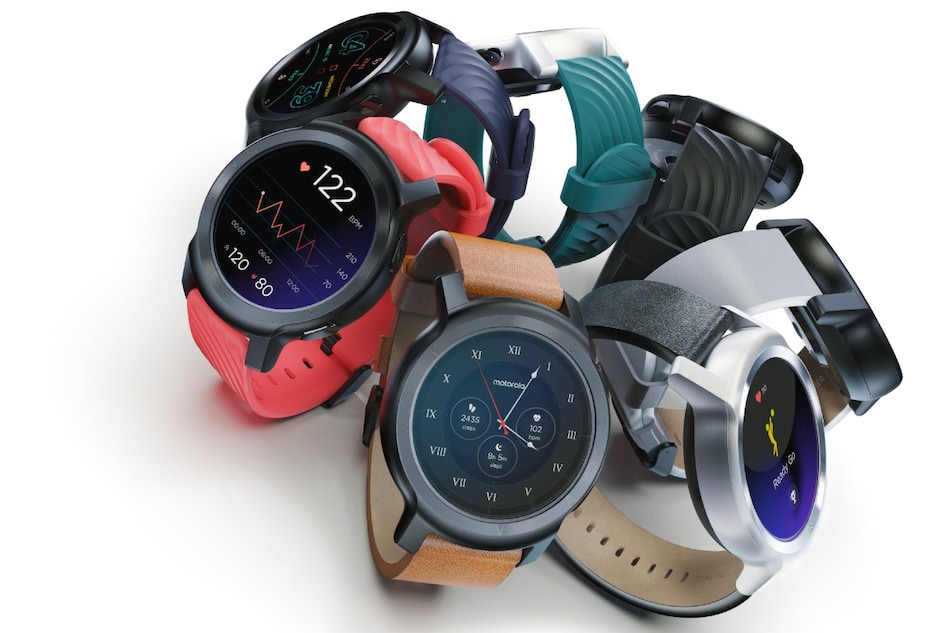 Moto Watch 100 has been officially launched — weeks after being a part of the rumour mill. The new smartwatch by Lenovo-owned Motorola comes in a circular design and carries features including heart rate tracking and blood oxygen (SpO2) monitoring. The Moto Watch 100 is also the company's first smartwatch to run on its proprietary Moto OS. The custom operating system is claimed to be focussed on health and is designed to “dramatically” increase the smartwatch's battery life. The Moto Watch 100 is rated to deliver up to 14 days of battery life on a single charge.

Moto Watch 100 price has been set at $99.99 (roughly Rs. 7,400). The smartwatch is listed on the Motorola US website in Glacier Silver and Phantom Black colours and is currently available for pre-orders in the US market, with its shipments starting from December 10.

Details about the availability of the Moto Watch 100 in markets including India are yet to be revealed.

The Moto Watch 100 runs on Moto OS and features a 1.3-inch circular LCD display with a 360 x 360 pixels resolution and an ‘Always On' feature. It is equipped with an array of sensors that comprises an accelerometer, gyroscope, heart rate monitor, and an SpO2. These sensors help provide fitness results with detailed stats and data including heart rate, sleep tracking, weight tracking, and blood oxygen levels. The Moto Watch 100 is also packed in an aluminium casing that is 5ATM water resistant.

Motorola has preloaded 26 sport modes on the Moto Watch 100 that help track results while involving in activities and games such as basketball, badminton, bike indoor, cricket, snowboard, tennis, and yoga, among others. Users can also monitor their fitness tracking through the Moto Watch 100 when paired with a compatible phone. The smartwatch also has Bluetooth v5.0 and GPS connectivity support.

In terms of compatibility, the Moto Watch 100 is compatible with devices running on at least Android 5.0 or iOS 10.0. The smartwatch comes with a 20mm replaceable wrist strap that has a quick release liver.

The Moto Watch 100 packs a 355mAh battery that is rated to last for up to two weeks on a single charge. The smartwatch also takes 60 minutes to fully charge the built-in battery using the bundled magnetic charging cable. Besides, it measures 42x46x11.9mm and weighs 29 grams.

Is Red Notice more (or less) than the sum of its leads: Dwayne Johnson, Ryan Reynolds, and Gal Gadot? We discuss this on Orbital, the Gadgets 360 podcast. Orbital is available on Spotify, Gaana, JioSaavn, Google Podcasts, Apple Podcasts, Amazon Music and wherever you get your podcasts.
Advertisement