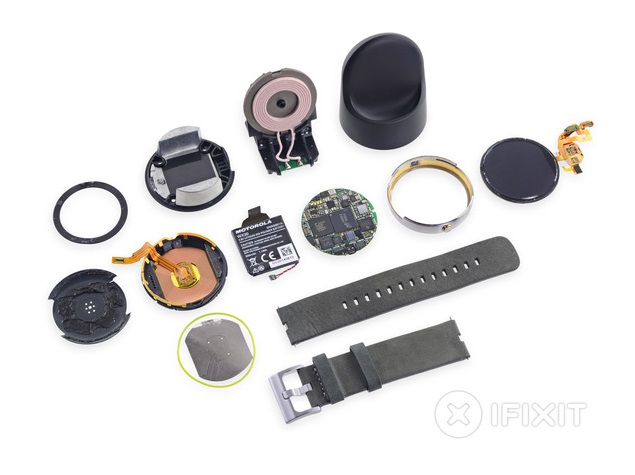 Motorola's Moto 360 smartwatch might be breaking all sales records, as the device reportedly was listed 'sold out' soon after going on sale online, at least in the US.

However, a new teardown report has dragged the company into a controversy related to the battery capacity being publicised by the company. The teardown also reveals the old chipsets used on the Moto 360.

iFixit, the company that publishes free online repair guides for consumer electronics, got its hands on Motorola's much-anticipated Moto 360 smartwatch. After stripping the smartwatch down to the core, the teardown experts report that the device packs a 300mAh battery, instead of the 320mAh battery listed by the company's site. 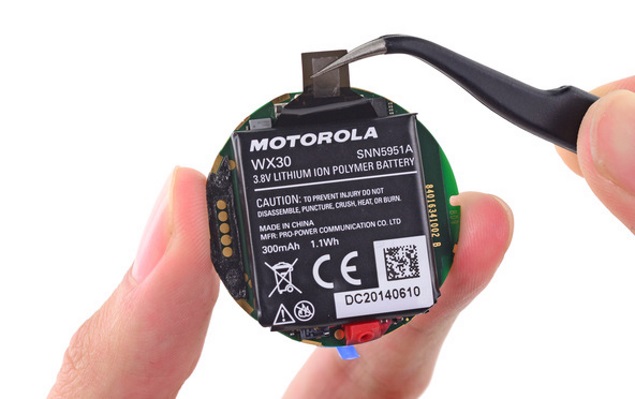 Soon after the iFixit report went viral, Motorola had to issue a statement (via Arstechnica) that said, "The typical battery capacity for Moto 360 is 320mAh and the minimum is 300mAh. In the mobile industry, sometimes both the minimum and typical capacity is listed on the battery, with the typical capacity quoted as the official battery size. Both figures are included on the batteries of our Moto X, Moto E and Moto G devices. In the case of smaller devices, we aren't always able to list both figures. For Moto 360 we only had room for one figure and choose to list the minimal capacity of the battery. We see how this can be confusing and we will look into ways to add the typical capacity as well in the future."

Notably, the battery capacity on the Moto 360 seen in the teardown is comparable to Samsung's Gear Live, which also packs a 300mAh battery. The LG G Watch, unveiled earlier this year, is powered by a 400mAh battery. The G Watch R on the other hand, packs a 410mAh battery.

In addition to the battery, the teardown report also revealed some of the ancient chips on the Moto 360. One of the examples is the presence of TI's (OMAP3630) OMAP 3 application processor, which Engadget rightly points out, was famously seen on Motorola's 4-year-old Droid 2 smartphone, and first announced  more than 5 years ago.

iFixit has given the Moto 360 smartwatch a repairability score of 3 out of 10 citing the complex build that requires expertise.

The Moto 360, priced at $250, was launched at an event last week alongside the second generation Moto G and Moto X smartphones.