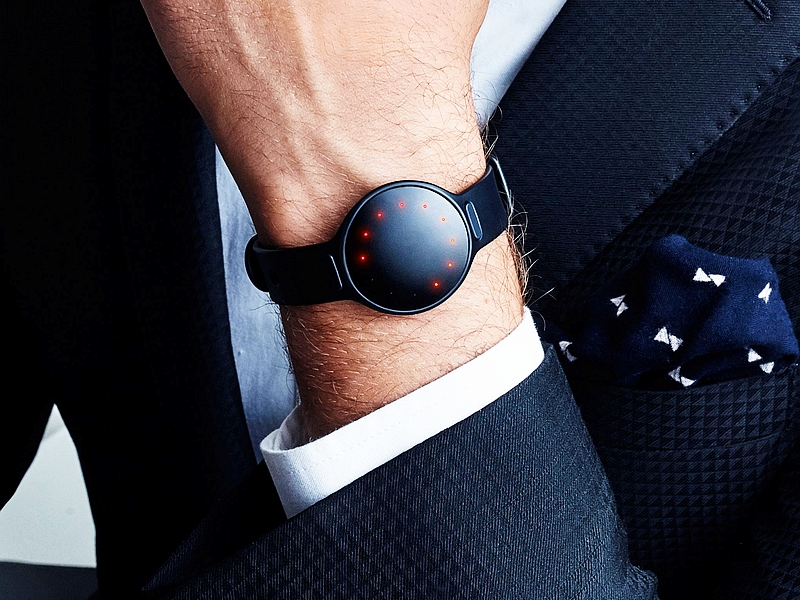 Misfit, after launching its Shine activity tracker in India last month, on Tuesday launched the Misfit Shine 2 with improved functions and new features. Available in Rose Gold and Carbon Black, the wearable can be purchased from the company website and would hit other retail outlets worldwide by next month for $99.99 (roughly Rs. 6,500). India launch dates and price are not yet known.

As per the company, the Shine 2 tracks the wearer's sleep and fitness activity more accurately than its previous version. It uses a 3-axis accelerometer and the new 3-axis magnetometer for tracking. "Now you can see easily see progress and tell time in a halo of rainbow-coloured lights, which provide a platform for nuanced feedback," adds the company blog post. As seen in Apple Watch, the Shine 2 now includes Misfit Nudge, which would remind users to be active with a vibrational nudge after regular intervals.

In addition, the Shine 2 now supports alerts for texts and calls, something that was missing in its predecessor. Misfit claims the Shine 2 to sport improved touch responsiveness, faster syncing, and extended Bluetooth range (v4.1) along with a '12 lights display' including over 16 million colours, which is also visible under direct sunlight.

As usual, the Shine 2 is compatible with Misfit Link app for Android and iOS. The app "lets you communicate with friends, turn your lights on, change your music, take a selfie, and more, all with a triple tap." The tracker shares the same iconic design but with a thinner T6061 T6 aircraft-grade aluminium body. Despite being thinner at 8mm than the original Shine fitness tracker, the Shine 2 retains its six-month battery life, 50-metre water resistance, and modular design, as per the firm. It is backed by a user replaceable coin cell battery that lasts up to six months.

"We've packed a lot into Shine 2, adding more functionality into an even smaller form factor with the same battery life, "said Adam Mack, Misfit's Director of Mechanical Design during the launch. "We didn't compromise on craftsmanship or the user experience."

Last month Misfit entered the Indian market with its Misfit Shine, Misfit Flash, and Misfit Link app. While the Misfit Shine is priced at Rs. 5,499, the Flash costs Rs. 2,499.