Microsoft Smartwatch Due in October With Android, iOS Support: Report 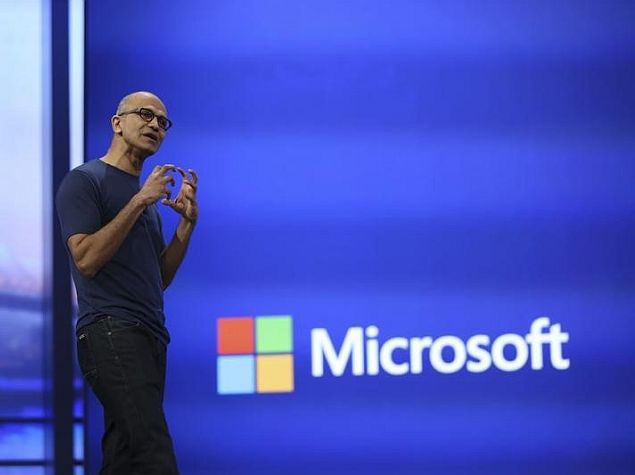 Microsoft has been long-rumoured to be making a smartwatch, and till date, the company has refused to comment on expected wearable device yet. While the recent launch of LG G Watch, Moto 360 and Galaxy Gear Live Android Wear-based smartwatches are the hot topic of discussion these days, according to a report quoting a Microsoft insider, the Redmond giant will soon also be entering the segment.

The latest alleged details of the Microsoft smartwatch come via sources of Tom's Hardware who are claimed to have good knowledge of the Windows smartwatch development.

As per the report, the source confirmed one of the major features of the proposed Microsoft-made smartwatch - cross-platform compatibility. The users would be able to use the smartwatch not only with Windows Phone operating system but with Android and iOS also.

Furthermore, the display of Microsoft's smartwatch is said to be placed on the inside of the wrist and not towards the outside like seen with all types of watches. Users would be able to view the display by turning their wrist upwards. This unconventional move by Microsoft is said to make the display and the contents inside it more private to users.

Also, the design profile of the Microsoft smartwatch is said to be slimmer and more like a flatter version of the Nike FuelBand along with 11 sensors under the hood.

The Daily Mail also came across a couple of patent files by Microsoft for its smartwatch. While the first patent titled Discreetly Displaying Contextually Relevant Information, showed an image of a smartwatch with notifications and GPS navigation on the screen, the second patent, called Dynamic User Interfaces Adapted to Inferred User Contexts, explains how the Redmond-based firm would include different sensors and how the watch would track heart-rate of users.

While we don't know the exact date of launch, the source says Microsoft will introduce the smartwatch sometime in October this year. However, the firm has not mentioned any information on its wearable so nothing can be confirmed.