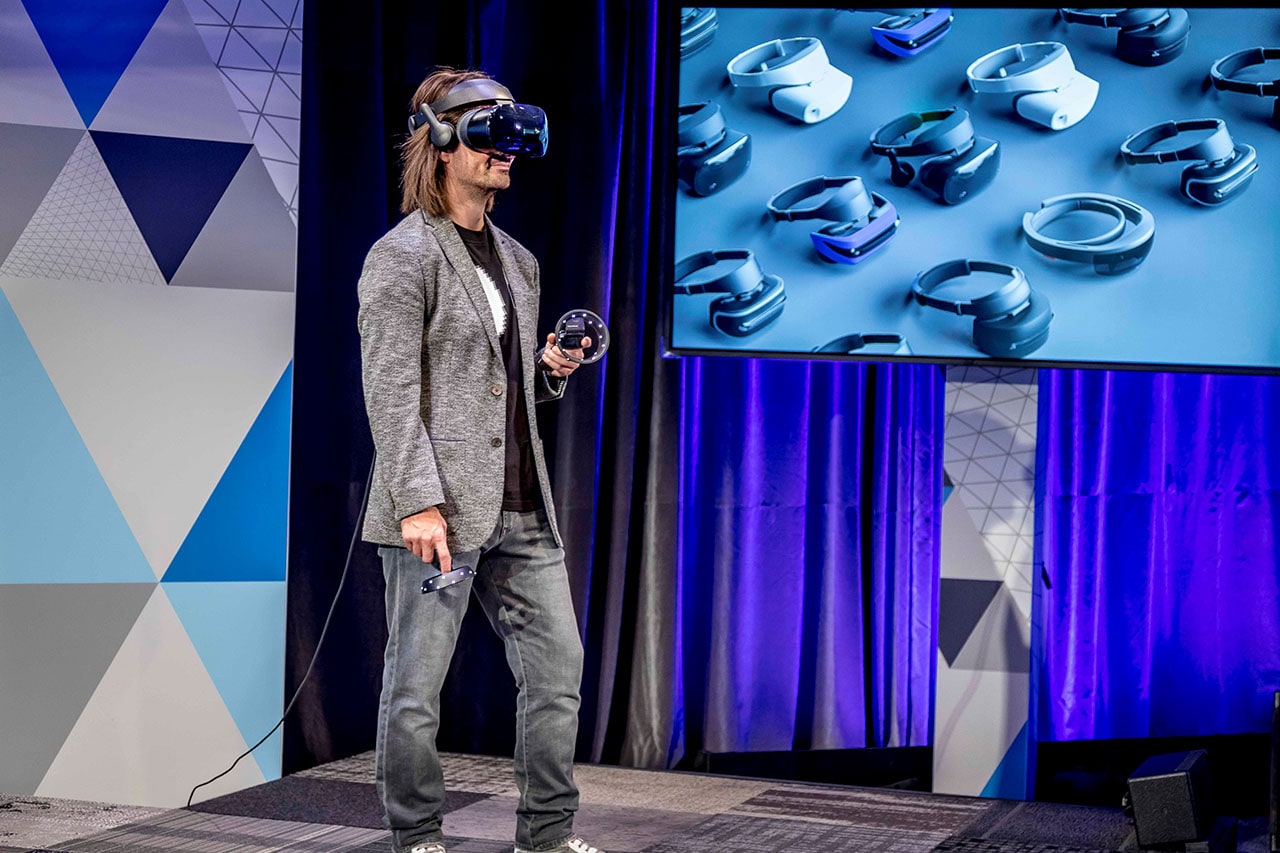 At an event in San Francisco on Tuesday, Microsoft talked more about its ambition with mixed reality, giving us an availability date and pre-order info, a Halo mini-game, and an acquisition of a social app among other things.

Mixed reality headsets from the likes of Acer, Dell, HP, Lenovo, and Samsung are now up for pre-order, with over 20,000 apps available to users on October 17, the launch day of Windows 10 Fall Creators Update. These include Obduction and Dreams of Dali from InceptionVR, Space Pirate Trainer, Superhot, Arizona Sunshine, Luna, Skyworld, Move, Free the Night, Minecraft, and Fantastic Contraption.

On top of that, Microsoft has roped in 343 Industries to create a mixed reality Halo game in Halo Recruit, which serves as a "brief introduction into the world of Halo". As with others, it'll be available October 17. It's not a full-scale new game by any means, but rather serves to market Microsoft's mixed reality vision.

Microsoft has also been working with Valve to integrate SteamVR with its mixed reality headsets, and the company said that while developers were now getting access to see how their creations play out, consumers would need to wait till the US holiday period.

The social app that Microsoft has acquired is called AltSpace VR, which allows virtual reality users to join 3D chat rooms to attend meetups, comedy shows, yoga classes, and dance parties. Altspace had actually planned to shut down towards the end of July due to problems with funding but was saved by Microsoft a few weeks later.