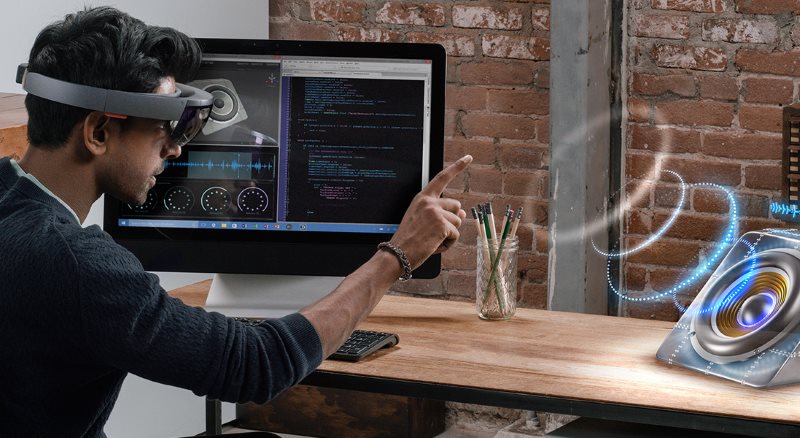 Microsoft provided the hardware specifications for its augmented reality headset, the HoloLens, at the start of March but they were vague on a few aspects which have now been detailed in a report.

(Also see: What Is Magic Leap's Mixed Reality, How Does It Work, and Does It Matter?)

The Development Edition of the Microsoft HoloLens began shipping at the end of March, and the folks over at Windows Central ran system info tool AIDA64 to find out more about the headset. Here is a complete list of what the HoloLens is made of:

There are a couple of interesting facets here, the primary one being the use of a 64-bit Intel Atom processor, while the operating system on-board is 32-bit.

According to the specifications released earlier, Microsoft had mentioned a 2-megapixel photo camera and HD video camera, whose resolutions are 2048x1152 - just above full-HD - and 1408x792 - a notch above HD, respectively. The two cameras will "enable you to record... HD pictures and video of the holograms in the world around you to share with others", which the company terms mixed reality capture (MRC). The 16.5Wh battery should deliver around two hours on full charge, the report suggests.

(Also see: An Upgraded Xbox One Might Just Happen)

The only unknown entity remains the GPU on board, the Intel-made HoloLens Graphics chip, which is probably a factor in its price. But if you're wondering why the other modest specifications amount to $3,000, that's down to a) low scale of production right now and b) the large number of sensors, holographic lenses and "light engines" on board.