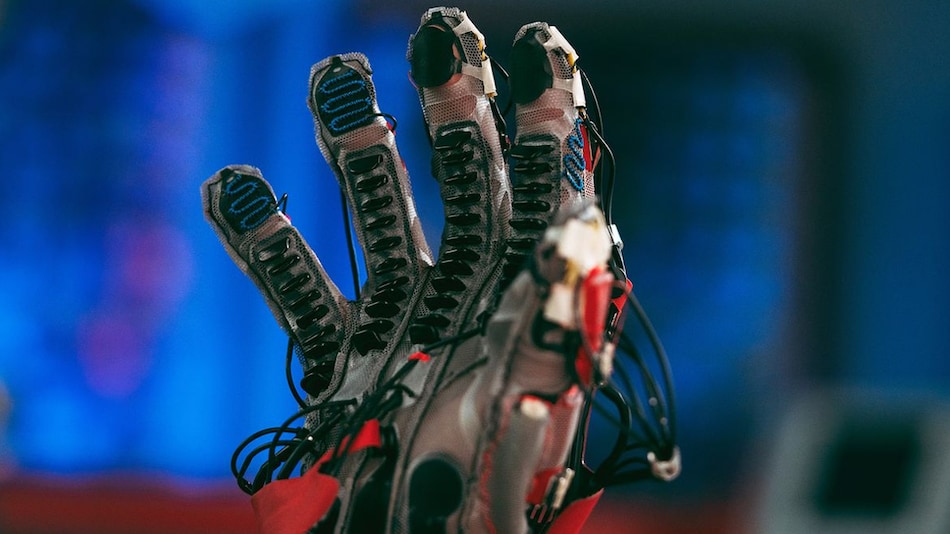 Meta, formerly Facebook, has showcased a prototype of its haptic gloves which would let people feel and interact with virtual objects in the digital space. The Reality Labs research wing of Meta is working on the haptic gloves as part of the tech giant's push towards augmented reality (AR) and virtual reality (VR)-focussed Metaverse. The wearable reproduces sensations in virtual worlds such as texture, pressure, and vibration. Meta is planning to place the haptic gloves along with a VR headset and make it compatible with AR glasses in the future.

Meta on November 16 detailed the work that has gone into developing the haptic gloves as part of its move to enter the metaverse. Meta says its Reality Labs division has been developing the wearable for the past seven years. Meta is still not sure about the actual time needed for the launch of the haptic glove. Building these gloves is a challenge which requires inventing entirely new domains of scientific research, notes the company.

The haptic gloves can be paired with a VR headset for online multiplayer games. Also, Meta eyes to use it along with AR glasses as well. “While we're still in the early stages of this research, the goal is to one day pair the gloves with your VR headset for an immersive experience like playing in a concert or poker game in the metaverse, and eventually, they'd work with your AR glasses,” said Meta in the blog post.

As seen in the video shared by Meta, the haptic glove produces wearer sensations that mimic the weight and feel of real objects while handling it in virtual space. The haptic glove prototype is lined with inflatable plastic motors called actuators. These motors placed over the glove move in concert to deliver sensation to the wearer's hand including the fingertips. This is done with the help of microfluidics that controls the airflow that moves the actuators. Meta claims it's building the world's first high-speed microfluidic processor for this.

It is also said to be working on advanced hand-tracking technology to enable the haptic gloves to identify precisely where your hand is in a virtual scene, whether you're in contact with a virtual object, and how your hand is interacting with the object.

While moving a hand, the haptic renderer sends instructions to the actuators on the hand, based on an understanding of things like the hand's location and properties of the virtual objects (such as texture, weight, and stiffness) which the hand comes in contact with.

“Today the gloves are made individually by skilled engineers and technicians who manufacture the subsystems and assemble the gloves largely by hand,” said RL Research Process Engineer Katherine Healy in a separate blog post. “We use semi-automated processes where we can, but manufacturing these gloves at scale will require the invention of new manufacturing processes,” she added.

There are no plans yet for a commercial rollout of the haptic glove. The company said in the blog post, “While our haptic glove research will remain in the lab for now, we're excited about the progress we've made and the potential it shows for a virtual world you can touch.”