LG has launched the 4G LTE variant of the Watch Urbane "luxury timepiece" unveiled earlier this month. As of now, the company has not revealed the price and availability details of its first LTE-enabled smartwatch and can be expected to do so locally at the time of launch.

The company will be showcasing the LG Watch Urbane LTE alongside the Android-Wear based Watch Urbane at the upcoming Mobile World Congress 2015 kicking off early next month.

The South Korean giant's fourth smartwatch packs a surprise as it runs on webOS software, instead of Google's Android Wear, according to CNET. So far LG had limited use of webOS to its smart television sets.

Details about the software feature have not been officially revealed by the company and should be detailed at MWC. The official press note from the South Korean company only writes LG Wearable Platform as the OS on the smartwatch.

Much like the LG Watch Urbane, the LTE Watch is also inspired by the company's first circular smartwatch, the G Watch R. It features an "all metal" design. The LG Watch Urbane LTE however packs some features that are not found on the Android-Wear variant such as three physical buttons for performing various functions.

The first button gives access to Quick Settings menu that allows users to adjust options for battery usage, brightness, volume, and connection settings. The centre button allows users to switch between the watch face and list of installed apps. The bottom functions as a back button while doubles as emergency call, when long pressed. 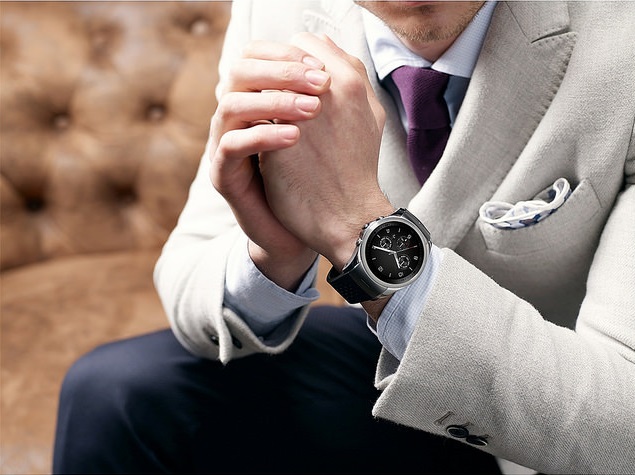 "The bottom button acts as the "Back" function when depressed quickly but becomes a safety beacon when long-pressed, automatically dialling any preset phone number as well as sending the location coordinates of the wearer," explains LG.

Unlike the LG Watch Urbane (410mAh battery), the LTE model features a large 700mAh battery. The new smartwatch from LG also comes with NFC (near field communication) support that the South Korean company touts will be useful for payment options.

It is compatible with Android devices running Android 4.4 and above. The smartwatch also comes with voice-calling support. The company in a press note said, "Like any 4G phone, it can make and answer calls as well as send and receive text messages. With carrier support, the smartwatch offers push-to-talk (PTT) capability with other devices on the same cellular network so customers can use their LG Watch Urbane LTE as a walkie-talkie with unlimited range to talk to multiple parties at the same time."

The LG Watch Urbane LTE smartwatch, similar to its Android-Wear variant, features Photoplethysmogram (PPG) sensor to track heartbeat, a 9-axis (gyro/ accelerometer/ compass), and a barometer. It comes with IP67 certification that makes it dust and water resistant.