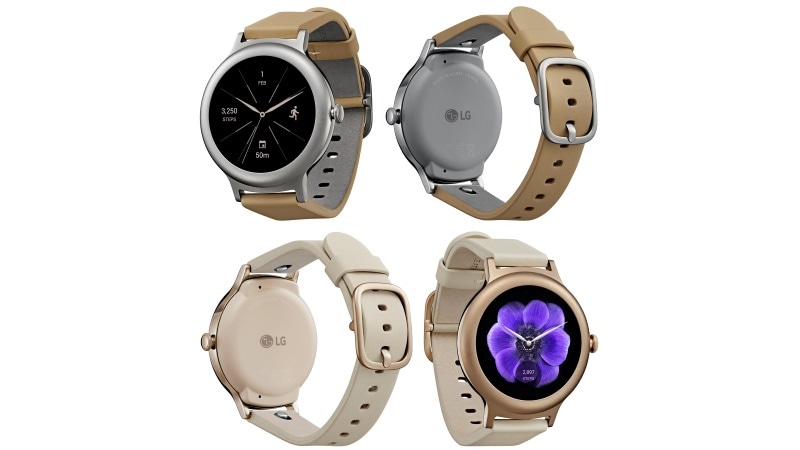 Google's upcoming Android Wear 2.0 smartwatches are expected to be launched early next month but one of the watches, LG Watch Style, has now been leaked in images and the expected pricing of the wearable has also surfaced the Internet. The LG-made smartwatch has been tipped to start from $249 as per the latest rumour.

The leaked images, posted on Twitter by well-known tipster Evan Blass aka @evleaks, show the LG Watch Style in Silver and Rose Gold colour variants. In line with earlier leaks regarding the smartwatch, there is no heart-rate monitor visible on the device. Notably, the flagship variant - Watch Sport - has been tipped to come with a heart-rate monitor, GPS, and cellular connectivity (support for both 3G and LTE).

The pricing for LG Watch Style, which lacks some of the key features from Watch Sport, has been suggested to start from $249 (roughly Rs. 17,000), Android Police said citing an unnamed person in its report. It is currently unclear whether the pricing of the smartwatch will change on the basis of band or its colour.

The highlight of these wearables is said to be a digital crown button, similar to what Apple has provided on its Apple Watch. The button will be used help navigate the interface, and LG is also tipped to include touch sensitive displays that have handwriting recognition features.

The smartwatches are expected to be launched alongside Android Wear 2.0 on February 9.

Motorola on Why Google’s Project Ara Failed, and How Moto Mods are Different
ZTE Blade A2 Plus India Launch Expected on Friday