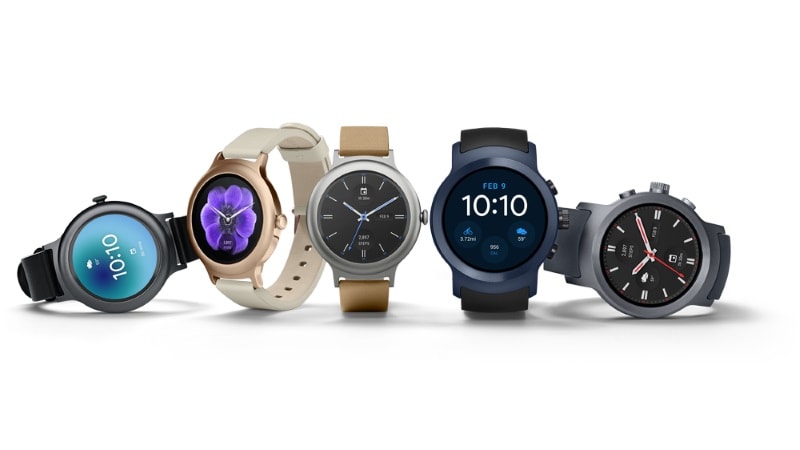 LG on Wednesday launched the first Android Wear 2.0 smartwatches, designed in collaboration with Google, the LG Watch Style and Watch Sport. While the pricing for Watch Style, with its bare-bones features, starts at $249 (roughly Rs. 16,700), the beefier Watch Sport variant has been priced at $349 (roughly Rs. 23,400) by the company. Both the smartwatches will be available online and through retail in the US from Friday.

Notably, a series of comprehensive leaks regarding the wearables already provided detailed specifications about both the variants much ahead of the official announcement. The newly-announced LG smartwatches are the first wearables to run Android Wear 2.0 platform, which was launched alongside the watches.

Coming directly to the specifications on the smartwatches, the LG Watch Sport, which has been termed as "Android Wear's most powerful watch yet" by Google, is 14.2mm thick and will be made available in Titanium and Dark Blue (exclusively available through Google store) colour options while the LG Watch Style is 10.8mm thick and comes in Titanium, Silver, and Rose Gold colour options.

The flagship Android Wear 2.0 smartwatches come with support for Google Assistant and come with an inbuilt mic for the functionality.

The official LTE support for LG Watch Sport is only for Verizon and AT&T and LG does not commit for it to work on other networks available in US, as pointed out in a report by AndroidPolice. Further, only these two networks will allow users to utilise same phone numbers on their watch as their smartphone.

The LG Watch Style comes with water and dust resistance rating of IP67 while the Watch Sport is a little more rugged and comes with an IP68 rating.

Interestingly, the ambient sensors on both these smartwatches sit beneath the screen itself, just like on Gear S2 and Gear S3 smartwatches, and automatically adjust brightness to give a boost to the battery life, as pointed out in a separate report by Android Police.

One interesting differentiation between the two variants comes in the form of bands. While the watch bands on LG Watch Style are swappable and can be replaced with ease, the Watch Sport variant doesn't offer the same functionality. Even though it might come across as a strange thing, as Watch Sport is the flagship variant, the company has reportedly provided fixed bands on the wearable as there are wireless antennas present on the band itself.

As the antennas, which are present on the part close to the watch body, are associated with important features such as Bluetooth, Wi-Fi, and cellular connectivity, they cannot be replaced and are fixed with screws in place. The search giant says this engineering decision was taken to keep the device relatively svelte, reports AP.

Google says that after the US, the smartwatches will be coming to Canada, Russia, Saudi Arabia, South Africa, South Korea, Taiwan, UAE, and the UK in coming weeks.