LG announced Friday that the G Watch R Android Wear smartwatch will be available for purchase at retail sites throughout Europe including countries such as France, Italy, Spain and the UK in the beginning of November, followed by key markets in North America, Asia and the Commonwealth of Independent States (CIS) soon after.

The South Korean consumer electronics giant added that customers in select markets will also be able to purchase the G Watch R on Google Play in the weeks ahead.

The LG G Watch R was unveiled alongside the Samsung Gear S at IFA 2014. While LG hadn't revealed pricing across regions, its European pricing pegs it as the most expensive Android Wear smartwatch yet. LG had announced a price of EUR 299, translating to roughly Rs. 23,900.

The LG G Watch R features a circular 1.3-inch Plastic OLED or P-OLED display, a technology first seen with the LG's G Flex smartphone. The display comes with a 360x360 pixel resolution and unlike the Moto 360, is claimed to utilise 100 percent of the watch face.

Falling under the Android Wear umbrella, the G Watch R is powered by a 1.2GHz Qualcomm Snapdragon 400 processor paired with 512MB of RAM. The smartwatch features the same amount of inbuilt storage as the Gear S (4GB), and is backed by a 410mAh battery. The smartwatch is also IP6-certified and is claimed by the firm to run for 30 minutes in 1 metre of water. 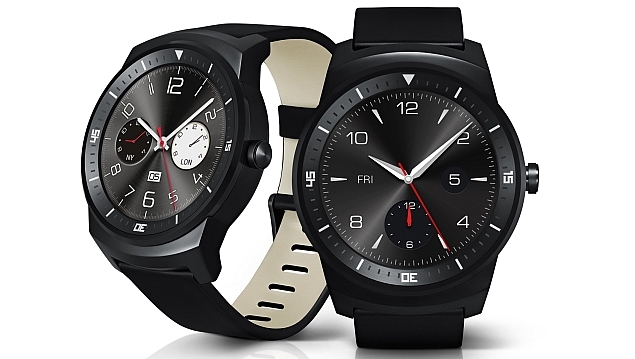 The G Watch R smartwatch features a stainless steel frame, and supported by a 22mm calf skin leather strap. The G Watch R will be available in only Black colour.

The LG G Watch R offers six new pre-loaded watch faces and improved power savings in ambient mode. The update to Android Wear adds more features to the G Watch R, such as offline music playback. Updates will be performed seamlessly through the smartphone with the owner's permission.

"While the original G Watch was designed to be a no-nonsense, pure Android Wear device, the G Watch R was developed with a more aesthetic eye," said Dr. Jong-seok Park, president and CEO of the LG Electronics Mobile Communications Company. "The G Watch R represents LG's commitment to meld form and functionality together in perfect harmony and to create a device that not only looks great but more importantly, offers technology that makes life more convenient."
Comments