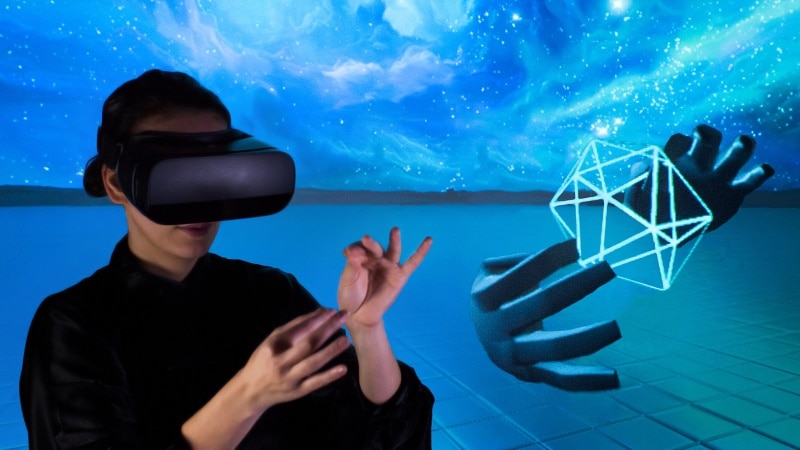 The virtual reality world is still nascent, but it appears to be on the receiving end of a steady stream of innovations. A company best known for hand tracking technology for desktops has now forayed into the mobile VR platform as well. Leap Motion has announced a new platform called Leap Motion Mobile Platform where mobile devices with VR support can make the use of two cameras, fixed in a face plate to sense the finger motion.

Leap Motion came into the market with its controllers that could sense hand movements to incorporate them into the virtual reality. The untethered mobile tracking technology was earlier available only desktops and consoles, and wearables such as Oculus Rift and Gear VR. Oculus Touch, which was announced to ship in December, also employ the same hand tracking technology from Leap Motion. As a matter of fact, Oculus devices are expensive and low-end VR headsets are more prevalent in the market. Leap Motion is thus trying to bring that technology to the less expensive VR wearables, which CEO Michael Buckwald dubs as 'iPhone moment for VR'.

The reference design of the Leap Motion sensor for mobiles are now being shipped to headset makers, that indicates they aren't soon going to be out for public in a while. We're also short of the information on the commercial headsets that it will be used on. Potentially, Leap Motion may make some announcements regarding it at the CES 2017 slated to happen in the beginning of January next year. Anyway, if you're an enthusiast and want to give these new sensors a try, Leap Motion is organising its demo sessions at major VR events this month.