Intel's New Smart Glasses are Plain Without Being Boring 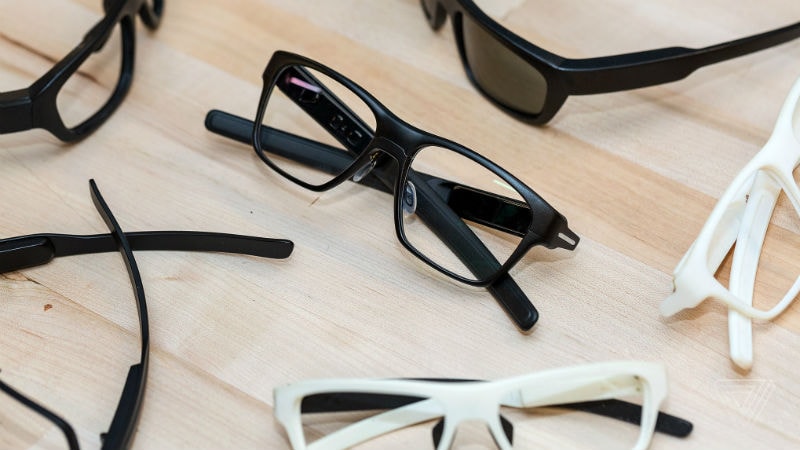 While several companies - including perhaps most famously Google with its Google Glass have tried their hands at the smart glasses game, few have succeeded in gaining popularity. Now, Intel is the latest company to jump on the bandwagon with its new Vaunt glasses. The difference is that Intel's new smart glasses look like any regular glasses and have a frame that is built of plastic and weighs under 50 grams.

The Intel Vaunt smart glasses - which The Verge got exclusive early access to - are devoid of cameras, buttons or touch controls. The glasses are designed to give users simple notifications. Everything is put into the stems that control a low-powered class one laser that projects a red, monochrome 400x150 pixels image directly onto the retina, the publication reports.

Intel New Devices Group's Mark Eastwood told The Verge that the glasses are better than a smartwatch as it enables users to check notifications without getting distracted. Users will be able to control the glasses with head nods or other subtle gestures.

When it comes to software, Intel has said that the Vaunt will reduce work done on smartphones, similar to what a smartwatch does. The smart glasses will reportedly support some apps and will work with both iPhones and Android devices. Notably, Intel's smart glasses will get voice assistant integration in the future as it does not have a microphone right now, the company has revealed.

With the smart glasses, Intel wants to make sure that users are not bombarded with notifications and rather provide "ambient, contextual information". The glasses can also detect if a user is in the kitchen and then send a recipe, a demo video reveals.

Interestingly, since the laser is beaming directly into the retina, the image is always in focus. This means that the display works on prescription glasses as well as on non-prescription lenses. Additionally, there is a processor for apps, an accelerometer, a Bluetooth and a compass crammed into the stems as well.

What is interesting to note, is that Intel is planning to market the product by partnering with someone to bring it to retail. When it comes to apps, Intel didn't reveal too many details but said that the Vaunt will be a wide open platform. For Vaunt, Intel will launch an "early access program" for developers later this year, the company informed.