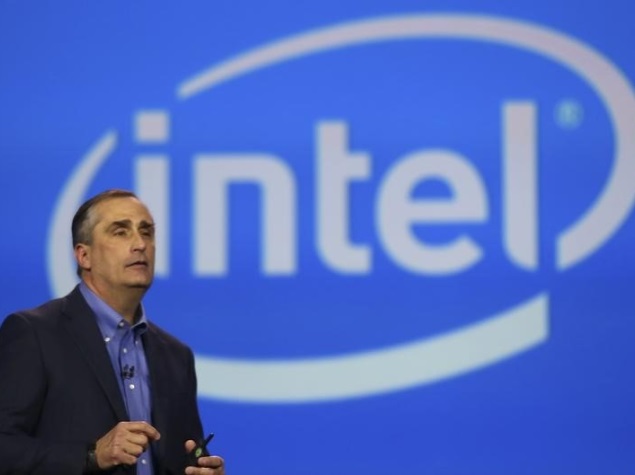 But smartwatches and fitness bands launched by Samsung Electronics Co Ltd and other tech companies in the past year have yet to really take off.

At the Maker Faire in San Mateo, California, Krzanich told Reuters that successful smart clothes will come from individual inventors focused on their own needs.

"The trick to making the perfect wearable is going to be when you figure out what problems you're trying to solve, and I don't think you're going to be able to build a wearable that does it all for everyone," he said.

"Who better to design the next athletic wearable than an athlete," added Krzanich.

Thousands of people attended the open-air event, which gives hobbyists and their families a chance to socialize and check out other people's projects. Among the most popular attractions were demonstrations of flying drones, voice-activated robots and a giant metal octopus shooting fire from its tentacles.

Krzanich is a weekend tinkerer in his own right and just finished restoring a 1974 Land Cruiser.

Intel is not the only technology company to look to the growing maker movement for inspiration but it has been among the most aggressive.

Intel, ARM Holdings, Atmel and other chipmakers all have exhibitions at the weekend event to make sure that hobbyists are up to speed on their latest components.

""These are the future engineers, the future scientists, the guys who will be inventing the next companies that create great products, whether it's the next Google or Apple. We want them to be aware of Intel technology," Krzanich said.

Intel has set aside over $1 million in awards for contests for people to pitch ideas for wearable gadgets made with Intel technology.

Even if Intel becomes a major supplier of chips for wearable and mobile devices, it is unclear whether that business could make up for the slowdown in the PC industry, which Intel has dominated for four decades. Intel has also lagged far behind Qualcomm in smartphones.

But the push into wearables is a major prong in Krzanich's goal to see Intel's chips used across a range of new markets.

Last year, Intel launched Galileo, the chipmaker's version of the Arduino microcontroller board widely used by hobbyists as the brains in everything from robots to electronic cocktail mixers.