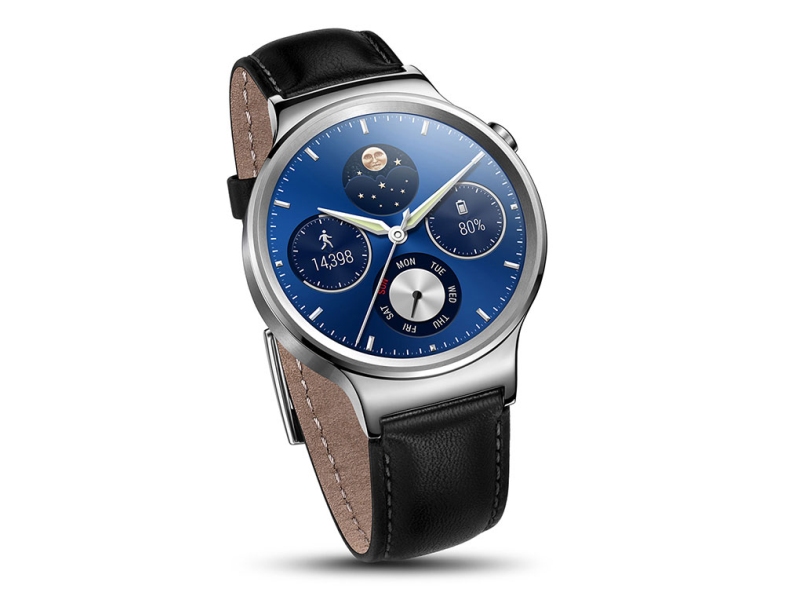 The Huawei Watch has been priced at Rs. 22,999, and will be available via Flipkart from Monday. Offline retail via premium stores is also being explored, the company said.

The Android Wear smartwatch bears a 42mm case and is meant for both men and women, with different styles of bands that range from leather to metal. However, the company has specified that the Indian market will only feature leather bands for now.

The Huawei Watch features a 1.4-inch Amoled touchscreen with a resolution of 400x400 pixels and a pixel density of 286ppi. It comes with a 1.2GHz quad-core Qualcomm Snapdragon 400 processor, 4GB of inbuilt storage, and 512MB of RAM.

The IP67-certified smartwatch also features a heart rate monitor (PPG) and a motion sensor, both of which will appeal to fitness enthusiasts. Some of the sensors on the Huawei Watch include a gyroscope and accelerometer. It ships with a 300mAh battery, and a magnetic charger dock. It weighs 61 grams.

The company at the launch touted that the Huawei Watch supports fast charging and offers up to 80 percent battery life in just 45 minutes of charge, or 75 minutes for a full charge. The smartwatch sports always-on watch faces. The Watch comes with a built-in microphone.

In November last year, Huawei had brought several new watch faces along with improvements and fixes. The update also brought a new app that displayed the battery level when charging.

Huawei at CES earlier this year had introduced two new variants of the smartwatch, called the Huawei Watch Elegant and Huawei Watch Jewel.

In India, Turning to Smartphones and Apps to Rid the Streets of Garbage
Tech Startups Snap at the Heels of Asian Private Bankers