Huawei Watch, Talkband B2, and Talkband N1 Launched at MWC 2015 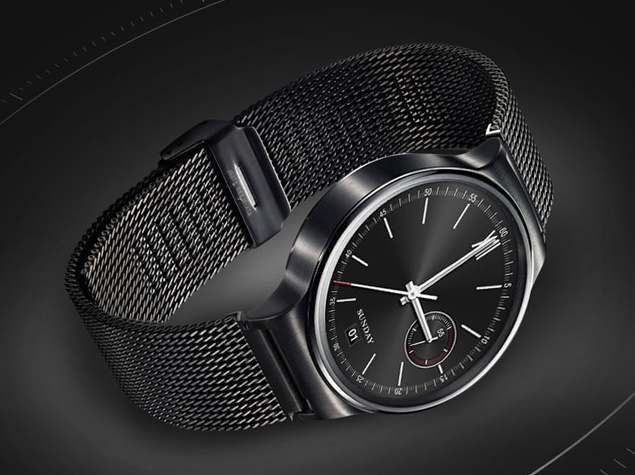 The smartwatch comes with a Qualcomm APQ8026 1.2GHz processor, 4GB storage and 512MB of RAM. Huawei Watch will be available in three colours - Gold, Silver and Black. The smartwatch also features a heart rate monitor and a motion sensor, both of which will appeal to fitness enthusiasts. It ships with a 300mAh battery. Buyers will have two watchband choices - Stainless Steel and Gold.

Huawei is expected to sell the smartwatch in 20 countries, according to a report. Pricing and availability details are expected to be announced later.

Huawei also announced an upgraded version of its Talkband B1 fitness wearable. The new variant is called Talkband B2 and is dust and water resistant. The wristband comes with Bluetooth 3.0 connectivity, which allows it to sync with devices running iOS 7 (and higher) and Android 4.0 (and higher). onwards) The wearable comes with a 6-axis motion sensor that allows it to track your activity and sleep.

The Talkband B2 weighs roughly 30 grams and has a microphone that lets you use the band to make calls or play music. Huawei says the Talkband B2 offers up to five days of battery life and up to 12 days in standby mode. This device is expected to launch in April for EUR 169 (roughly Rs. 11,700).

Huawei also launched the Talkband N1, a pair of earphones that track your activity. This product appears to be geared towards fitness enthusiasts who prefer to listen to music while exercising. The earphones come with 4GB storage that allows you to play music directly off the earphones, without requiring a smartphone or any music player.

You can also pair it with your smartphone via Bluetooth and the wearable will issue voice notifications for incoming calls. The notifications tell you which of your contacts is calling or can read out the number of the person calling. These earphones weigh 18 grams and can last up to 7 hours on a single charge. Huawei has priced these at EUR 119 (roughly Rs. 8,200).