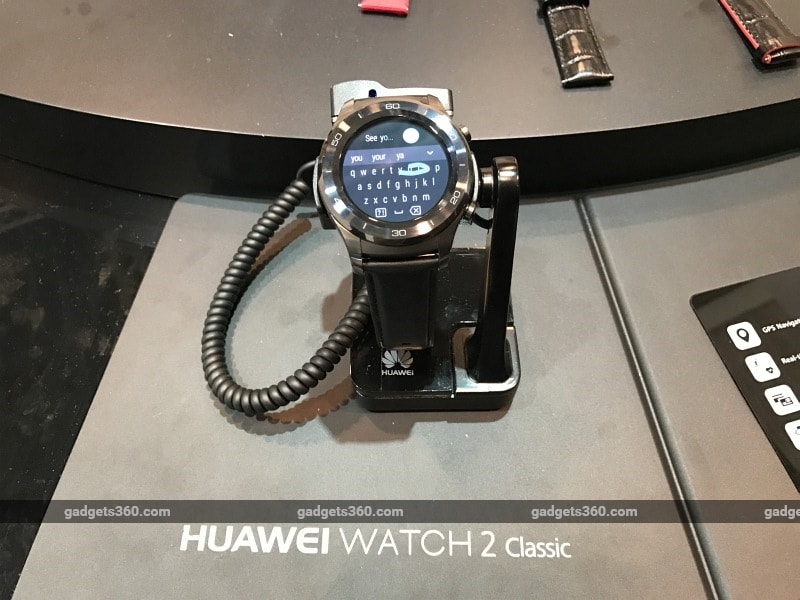 The first Huawei Watch was launched in 2015, and the company refrained from launching any new smartwatch last year because of slag in the market. However, with the introduction of Android Wear 2.0 and its many iterations and upgrades, Huawei decided that the successor was finally worth bringing to the market. LTE connectivity is only exclusive to the Huawei Watch 2, with the option to insert a Nano-SIM card in the watch (resides on the side where the straps attach). The smartwatches also offer support for NFC to enable Android Pay, GPS, and heart rate sensors.

The Huawei Watch 2 Classic sports a metal chassis, while the Watch 2 sports a plastic outing for enabling LTE support. Additionally, a Wi-Fi-only model will also be offered to customers for the Watch 2. Both the smartwatches sport a 1.2-inch circular display but are evidently thicker and bulkier than the predecessor. The thickness is at 12.6mm, which is almost 2mm thicker than the previous model. The new devices pack a 420mAh battery that is claimed to last up to two days. There's also a 'low power mode' which only allows for seeing the time and counting steps, but makes the watch last up to 25 days.

There is a microphone and speaker integrated, along with two dedicated buttons on both the smartwatches. It supports interchanging of straps, and offers IP68 rating for dust and water resistance. The Huawei Watch 2 Classic also offers a 'hybrid strap' that has a leather top but a rubber interior to prevent wear and tear due to sweat.

Huawei has also integrated its 'Fit program' that offers a personalised training service based on your schedule, goal, and current fitness. Both the smartwatches will first be available in Spain, France, Portugal, Italy, Germany, and China starting this March. It will launch in the US, UK, Holland, Belgium, Switzerland, Ireland, The Nordics, Thailand, Australia, New Zealand, Russia, India, South Africa, Poland, Austria, Saudi Arabia, Japan, and UAE in April. Finally, the smartwatches will launch in Malaysia starting in May.

Huawei has also promised a Porsche designed Watch 2 in the future, complete with a Posche logo and watch face.