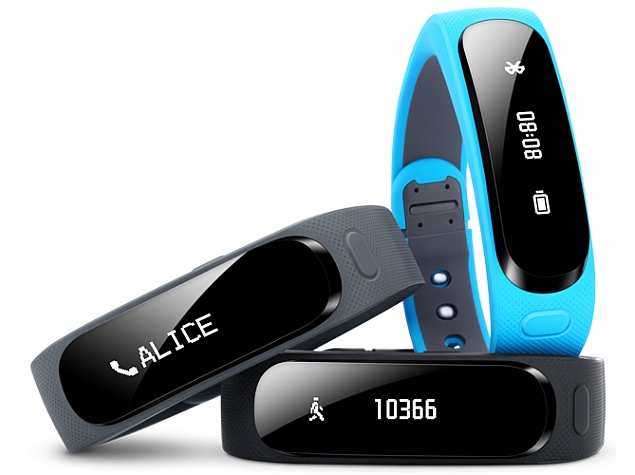 Huawei is set to launch a new wearable, the 4.5G Smartband. The company unveiled the device at an event in London on Tuesday. The Huawei 4.5G Smartband, as the name suggests, supports 4.5G (LTE-M) connectivity and is claimed to be the first wearable in the market to come with such network support.

The specifications of the wearable are still a secret and are likely to be revealed at the upcoming MWC 2015 trade show in Barcelona, Spain.

At the event, Huawei said that its LTE-M chips have been made by Neul, a startup that Huawei acquired last year. The company claims that the chips will make 'cellular Internet of Things' a reality in the future. Like most of the wearables available in the market, the 4.5G Smartband will be able to track the wearer's fitness levels and monitor heart rate, besides pairing with other IoT devices like smart thermostats and energy readers, reports The Inquirer.

"4.5G supports up to 100K per cell connections via LTE-M, 100 times that of 4G," Huawei stated at the event, adding that "LTE-M also provides better coverage. Receivers require just 1/100th of the signal of existing 2G system, 20dB gain, using low-power terminals." The 4.5G Smartband is said to deliver up to 1Gbps bandwidth on mobile networks when rolled out.

Avengers: Age of Ultron Releasing Early in India, Confirms Disney
Cabzo Wants to Be the Uber of Kaali Peeli Taxis