The body of this new edition is made of a titanium alloy coupled with a fluoro rubber strap.

Xiaomi-backed brand Huami has announced the launch of a new Titanium edition of its Amazfit GTS smartwatch in China. This new edition sports a titanium build along with a fluoro-rubber strap in comparison to the aluminium build and silicone strap found in the standard Amazfit GTS. And apart from these cosmetic changes, the internals of the new version remains the same as the standard edition. To recap, Huami launched the Amazefit GTS in India in October, earlier this year and the standard edition of the smartwatch costs Rs. 9,999 in the country.

As per a report by Chinese publication MyDrivers, the new Titanium edition of the Amazfit GTS has been launched for the Chinese market, which means at least for now the smartwatch will only be available in China. Also, as we mentioned above, this new edition uses titanium for the body of the smartwatch, which is a much stronger alloy in comparison to aluminium and is also more resistant to corrosion. Additionally, the silicone strap found in the standard version has been replaced with a fluoro-rubber strap, a material that is softer, skin-friendly, and resistant to dirt. And that's about it for the differences between the standard version and the titanium version of the Amazfit GTS. 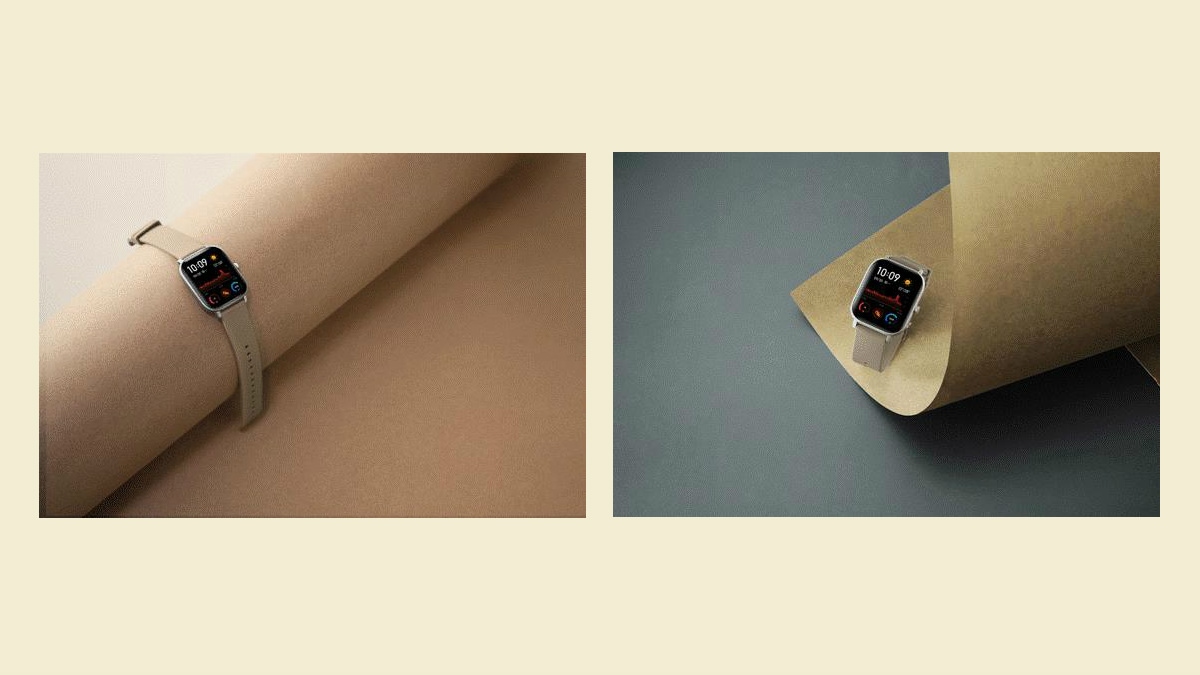 The Amazfit GTS Titanium edition has been priced at CNY 1,299 (roughly Rs. 13,240), and it will go on sale in China on December 1 via Tmall, Amazfit store on JD.com, and on the Youpin online store. Additionally, there's no word on the launch and availability of the new Titanium edition in other regions outside of China.

The standard version of the Huami Amazfit GTS is priced at Rs. 9,999 in India and it is available for purchase via Amazon India.

The Amazfit GTS is equipped with a 1.65-inch AMOLED display that supports editable widgets. The battery life is promised to be up to 14 days and the smartwatch is 5 ATM water-resistant. Apart from this, onboard sensors include a Biotracker PPG bio-tracking optical sensor, 6-axis accelerometer, 3-axis geomagnetic sensor, pressure, and ambient light sensor. Lastly, there are also 12 different sports modes including outdoor running, treadmill, walking, outdoor/indoor cycling, elliptical trainer, pool/open water swimming, mountaineering, trail running, skiing and exercising.

Further reading: Huami, Amazfit GTS Titanium Edition, Huami Amazfit GTS, Smartwatch
Aman Rashid Email Aman Aman Rashid is based in New Delhi and writes news, features, and makes videos for Gadgets 360. He works as a Reporter (Technology) for Gadgets 360 and has written many how-to articles on topics such as social media (WhatsApp, Instagram), smartphones (Android, iOS), computers (Mac, Windows) along with writing news articles regularly. Aman is available on his Twitter handle @AR_9192 and on Instagram as @a_rash9192. You can further get in touch by dropping a mail at amanrashid@ndtv.com. More
China Seeks to Root Out Fake News and Deepfakes With New Online Content Rules
Honor Aims $2.3 Billion Revenue From Wearables Next Year, Bullish on India