HTC has unveiled its all-new VR headset called the Vive Pro at CES 2018. The Vive Pro comes with built-in headphones. HTC's latest upgrade in the Vive virtual reality platform comes with superior resolution and pixel density. HTC also revealed the Vive Adaptor, that enables Vive and Vive Pro users to connect their VR headsets to a PC without using a cord. The company has not revealed any details regarding the price and availability of the HTC Vive Pro.

The Vive Pro sports dual-OLED displays in a resolution of 2880x1600 pixels combined, that is a 78 percent increase in resolution over the current Vive, HTC claims. The head-mounted display also gets upgraded ergonomics, built-in audio support, and two front-facing cameras which could open avenues for augmented reality applications. The built-in headphones in the Vive Pro are powered by an integrated amplifier. HTC says that the new device is more comfortable, thanks to a new strap and low front weight.

Daniel O'Brian, Vive's US General Manager, said in a statement, "There's a clear need in the VR market for a premium VR experience with high-resolution display, integrated audio and the best components available today in a headset."

The Vive Wireless Adaptor was also launched by HTC and claims that it will be the first to market with a 'truly wireless' VR headset integration for both Vive and Vive Pro. The Vive Wireless Adaptor comes with Intel's WiGig technology. The adapter operates in the interference-free 60GHz band resulting in lower latency and better performance. Frank Soqui, General Manager Virtual Reality Group at Intel Corporation, said in a release, "By collaborating with HTC to commercialise Intel's WiGig technology, we will guarantee that wireless VR meets the most discerning quality bar for home users and business VR customers." HTC said the Vive Wireless Adaptor will be available globally in the third quarter this year. 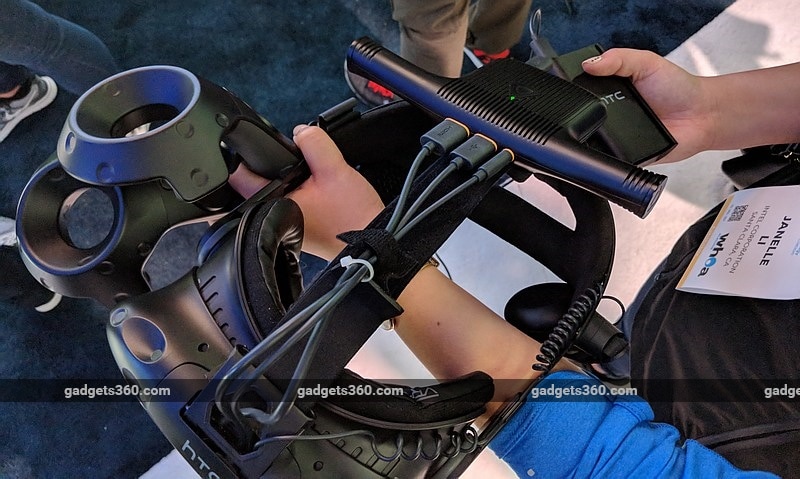 When it comes to the Viveport, HTC has introduced 'VR Previews' that gives users an interactive preview of the content before purchasing or subscribing. Rikard Steiber, president, Viveport, said, "Until now, there has not been a shopping and browsing experience that takes advantage of the full functionality of VR."

HTC has also released an upgrade to its native VR video player, Vive Video. Apart from some new features and UI upgrades, Vive Video has integrated content from popular video content platform Vimeo. In the new Vive Video, users will get a curated selection of Vimeo content to browse and view, HTC said.