HTC Vive Cosmos, the latest virtual reality (VR) headset by the Taiwanese giant, has been launched in India. The new PC-based Vive headset supports gesture controls and comes with six degrees of freedom (6 DoF) support. HTC has also offered a wide field of view (FoV) alongside six built-in camera sensors to enable inside-out tracking on the Vive Cosmos headset. Unlike the previously launched Vive model, the Vivo Cosmos also features a flip-up design that lets users easily switch between their real and virtual worlds. The Vivo Cosmos comes bundled with plug-and-play support to offer native connectivity with PC and laptops.

The HTC Vive Cosmos price in India is set at Rs. 89,990. The headset will be available for purchase through the HTC Vive e-store and Amazon.in starting Friday, October 25, and is bundled with a free, one-year Viveport Infinity membership worth Rs. 7,188 -- with the code included in the box. Furthermore, HTC has bundled shooting game Aeon with the Vive Cosmos.

To recall, the HTC Vive Cosmos was launched globally at CES 2019 back in January alongside the Vive Pro Eye. The company at that also announced its partnership with Mozilla to bring Firefox Reality as the default Web browser on all Vive VR headsets.

The HTC Vive Cosmos features two 3.4-inch displays that offer a combined pixel resolution of 2880x1700 pixels -- an 88 percent increase over what was available on the original Vive headset. The new 90Hz LCD panels on the headset are also touted to reduce the distance between pixels to minimise the "screen-door effect". Further, there is a new mod that targets gamers and extended reality (XR) customers.

The immersive experience through the Vive Cosmos is powered by the Vive Reality System. There is also a redesigned user interface that HTC calls Lens. It is claimed to make it easy for users to navigate XR and Viveport Infinity apps. Likewise, a dynamic home space is available on the headset that is called Origin. 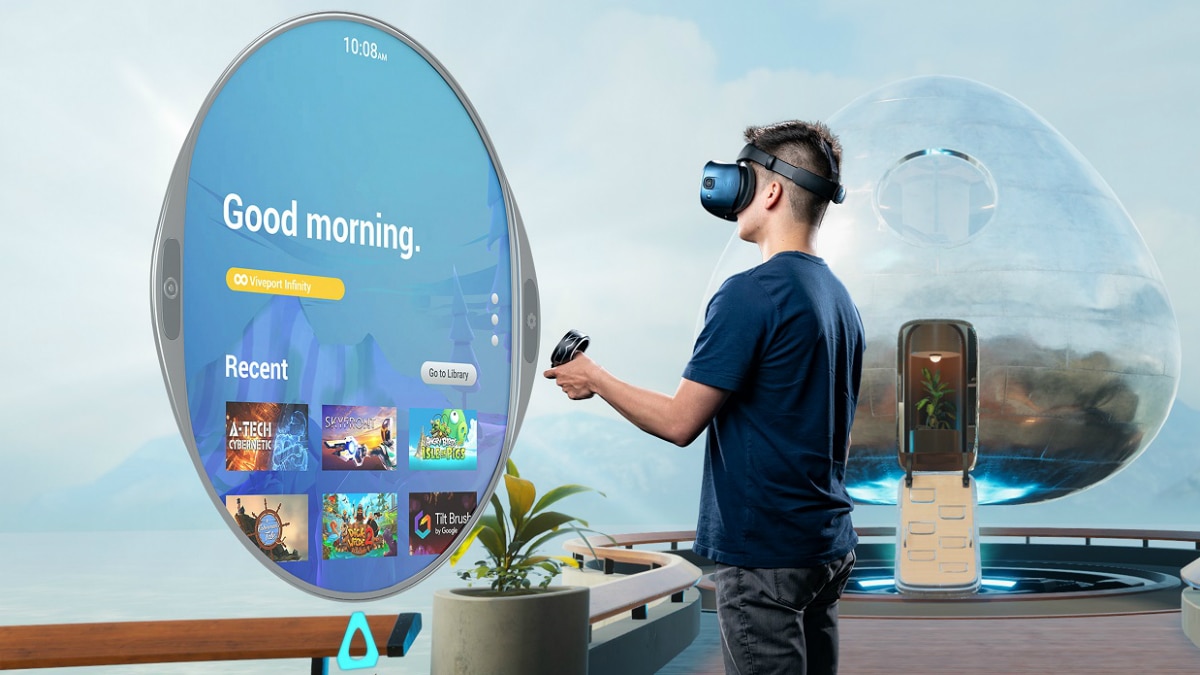 HTC has designed the Vive Cosmos for a wide range of face shapes, vision types, and even the people who wear glasses. There are also stereophonic, form-fitting headphones and integrated microphones. The controllers that come along with the Vive Cosmos include precision joysticks and emit light.

The HTC Vive Cosmos delivers 110 degrees of field of view (FoV). In terms of connectivity, the Vive headset has USB Type-C 3.0, DisplayPort 1.2, and a proprietary connector for mods. Onboard sensors include a G sensor, gyroscope, and IPD sensor. The headset requires a minimum 2m x 1.5m tracked area for the room-scale mode.